A new friendly Invi messaging app for Android and iOS 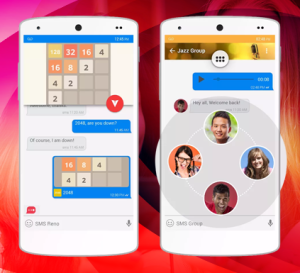 The Invi messenger, which came out in beta this month, is making its way in the market, which is dominated by such monsters as Facebook Messenger, WhatsApp and WeChat.

Invi’s major goal is to give users an enjoyable communication experience. The development team has taken into account the fact that we daily have to deal with a great information flow beyond our control, and so they have done their best to let users adjust the news feed to suit themselves.

Invi positions itself as a friendly chat app offering games, Youtube videos, Buzzfeed news, and other mini applications. It intends to let its customers enjoy their favourite services without having to give up communication.

Let us recall that Invi is by far not the only messenger to choose this kind of approach. Kik, LINE, and Tango chose this method long ago.

Is customization sure to help Invi succeed?

How is Invi different from other apps? It’s customization that differs it. Every user has opportunities to customize the messenger app: pick a theme, the colour of chat background, the font, the notification sounds, etc.

It’s actually quite a good marketing move. The app’s target audience consists of millennials, and they are mad about being different.

Invi users will also be able to share things, which make them laugh, angry or admire them, with their friends. This could be Youtube videos, new articles and other interesting links. Besides, every Invi user will have games at his/her disposal and will be able to edit photos without exiting the chat window. 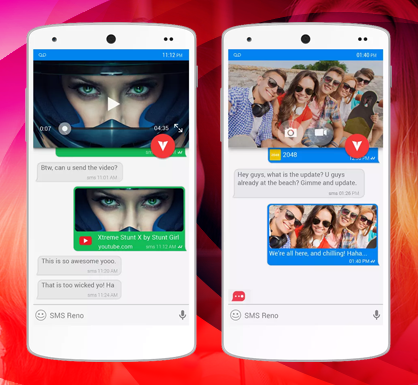 Another thing that the messenger promises is sharing selfies, creating voice messages, messaging in group chats and sending SMS and MMS to all user’s friends, even to those who do not have Invi on their phones. They will receive a link that the user wants to share and will be able to view what it shows.

The company’s management has got ambitious plans – they want Invi to be the most multifunctional messaging app in the market.

What are the chances that Invi succeeds?

The expectations for Invi are quite optimistic so far.

However, Iddo Tal is not the only company’s founder. The co-founders are Noam Etzion-Rosenberg, Adrien Aubel, and Nir Meidan.

What is happening to Invi today? 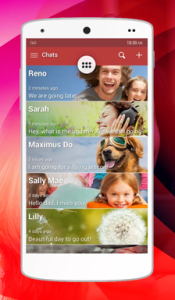 The company’s spokesman says that during the testing period alone they received over 5,000 positive feedbacks and requests. Iddo Tal is sure that the audience feels pretty friendly about the messenger. Currently, Invi is doing its utmost to satisfy the majority of the requests they received, since the company management are certain that the users’ experience and requests can indeed help improve the messaging app.

As for the promised functionalities, everything works perfect on Android. However, on Apple devices the app will be unable substitute the standard iMessage and support SMS exchange. Still, Invi can be viewed as a worthy alternative to iMessage.

Invi can already be downloaded from iTunes and Google Play. There is no Windows Phone version yet, but the developers say it is going to be ready for release soon.