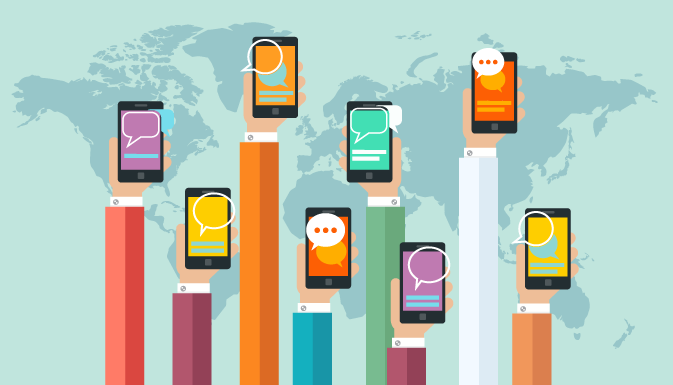 The year 2015 has set new highs for the volume of investments into instant messaging apps and market growth rates in general. Valuation of WeChat of US $83.6 bn silenced skeptical analytics claiming that WhatsApp, acquired by Facebook for US $19 bn, was overvalued.

Among investors hurrying to grab a stake in the rapidly accelerating messenger market are also non-professional IT investors, people who showed little interest towards investments into mobile apps earlier. Owner of Chelsea FC Roman Abramovich invested US $15 mn into Music Messenger, while Oleg Tinkov invested US $3 mn into MoneyTalk messenger.

Snapchat boasts the largest investments since December 2014. In less than a year, the company managed to attract over US $1 bn.

KakaoTalk, Wickr, Slack, Hike, Rounds and Silent Circle messaging apps attracted financing of US $10 mn and more, and there has been a large number of many closed deals. The list of most active investors includes such well-known companies as Sequoia Capital, Google Ventures, Alibaba, Naver, SoftBank and others.

Furthermore, Tencent Holdings, the owner of WeChat, announced closing of an investment deal into Canadian KIK messenger. Analysts believe that the owner of the largest messaging app in the world is thus trying to strengthen its positions by gaining a stronger foothold on the world market, including in North America.

The trend also sees investors believe in further growth of messengers’ popularity and in the possibility to multiply their investments. By financing messaging apps investors get a change to substantially increase their capital. Such profitability rates are rather hard to find in the modern world.

The history of closed deals on the market indicates that investors’ faith is justified – even without being the market leader, a messaging app may be valued at billions of dollars.

Experts believe that the instant messaging market will continue to grow for at least another five years, primarily through growth of mobile internet users. A cheaper method of message exchange via messaging apps is gradually replacing the good old texting service.

Statistics points to continuous growth of internet users in the world, which provides room for further development of the messaging market.

Another argument in favor of messaging market growth is the increasing number of people who access internet on their mobile devices. 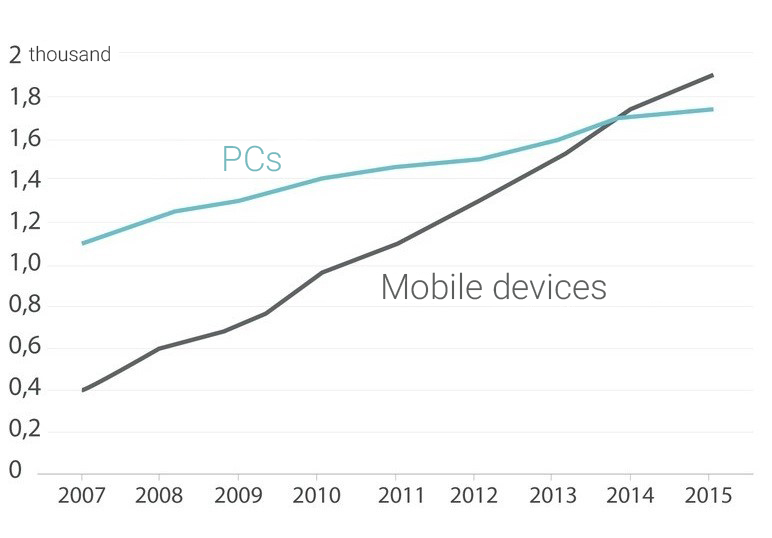 Users in the world, mn (Insider.pro)

As for the number of messenger users, it seems that its growth is exponential. Looking at the number of users of one of the market’s leaders – WhatsApp – we see that over the past year the company practically doubled the number of its active users per month.

This growth dynamics of instant messaging apps prompts the assumption that the valuation of companies on this market will continue to increase and that WeChat’s valuation of US $83.6 bn is by far the limit.

Analysts who earlier criticized Facebook for acquiring WhatsApp for US $19 bn are now silent. All seem to agree that the deal was profitable after all, as WhatsApp’s valuation has already increased.

Looking at all this we can say that Mark Zuckerberg was once again ahead of the curve, when he understood the true potential of the instant messaging market and decided to acquire WhatsApp for what would seem to be an exorbitant price at the time. Zuckerberg gave a strong push to the messaging market growth, which other investors around the globe picked up.