New version of the Yahoo Messenger is already in China!

Yahoo has announced a new version of its Yahoo Messenger. Now the app is called Yahoo Livetext and it allows users to share ‘silent’ video and text messages.

The messenger description says that such a way of communication is the most natural one. Officially, the app has not been released even in the USA and only Chinese users can so far use the messenger: Yahoo Livetext is already available on the Hong Kong iTunes App Store. By the way, the Yahoo Messenger itself has disappeared from there in an unknown direction.

Obviously, Yahoo still hopes to catch up with its competitors whoch have developed IM apps for mobile devices before it – Viber, WhatsApp, Facebook Messenger, etc, and which now are much more popular than the Yahoo’s product itself.

Has the new messaging app got new features?

As the main new feature Yahoo introduces a new format of expressing emotions called ‘silent videos’. The new thing about it is that users will be able to respond to each other’s messages in a more emotional way. And what could express our emotions better than videos?

The Yahoo spokesperson does not share any specific comments so far but he notices that the company’s goal is to make such products, which will definitely leave users happy. 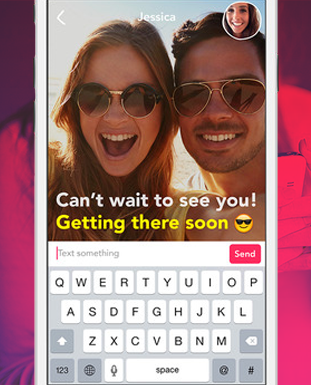 Everybody knows that Yahoo has been working on improving its messaging app for the last few years. Most of the tested versions were never let out after the internal testing stage. However, you have to give to the development team: they are persistent in seeking new creative approaches that will allow adding something new into the daily messaging experience.

The fact that the app’s new version can already be found on the Hong Kong iTunes App Store allows assuming that this time Yahoo’s product will finally hit the final user.

The company’s persistence is easy to understand: being one of the first companies that offered PC-based chats to users, Yahoo never managed to create a good quality messenger for mobile devices and now it is well behind its competitors.

Apparently, its former glory keeps troubling Yahoo. However, the times when virtually everyone used only the Yahoo Messenger and ICQ are impossible to return, alas. What users want is a way to communicate with their friends in a fast, convenient way with elements of fun, wherever they are. In order to conquer this market, Yahoo needs a new approach: to differentiate or to die.

The company’s explanation of the Yahoo’s new product is simple:

One thing is for sure: Yahoo is doing its best to attract users playing on trends. The growing popularity of GIF-images has not been wasted on its marketers. Besides, do not forget that one of the world’s most popular video sharing services Tumblr also belongs to Yahoo.

What else can we expect of Yahoo Livetext?

Rumours have it that the messaging app will offer its users individual and group chats, however, there will be no video calls. Users will be able to add contacts just like in Viber – from their phone’s address book. 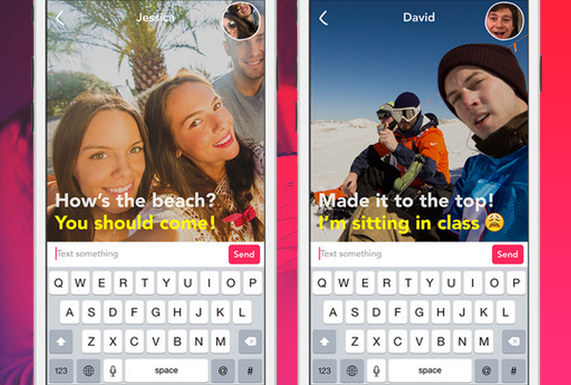 So, it is obvious that the developers are after the wave of new technologies and want to prove everyone that Yahoo can still produce relevant and popular products. Are they going to succeed? Time will show.