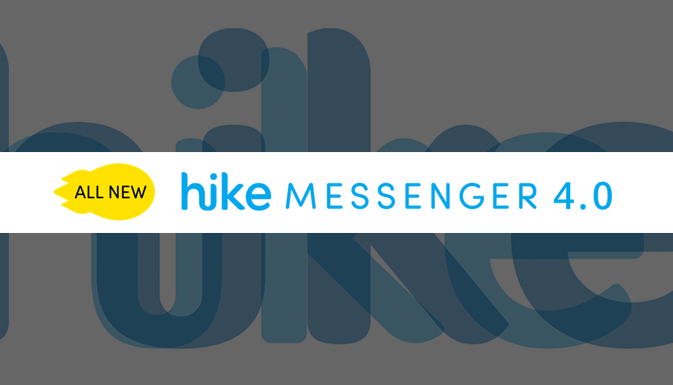 The messaging app Hike has presented its new logo. The project team claims that the old logo was just fine, but the latest global design tendencies pushed the company to make a change.

It took four iterations to generate a simple idea: since the product is named after an outdoor activity, it should be reflected in the logo. Moreover, developers decided that the logo has to be more drastic, modern and youthful. The sky blue color was the final touch.

If you look at the evolution of the logo, you can see that the designers favored the more relevant flat design. It’s obvious, if you consider that nowadays the majority of software products pick said solution, abandoning skeuomorphism. After all, simplicity and conciseness are the backbone of a flat design.

This graphical movement is being lobbied by Google’s Material design, Microsoft’s Windows 10, as well as by Apple and its Design VP Jony Ive.

Meanwhile, the designers did more than create a new logo: the graphics of the messenger’s interface have been enhanced — version 4.0 with its fresh look and set of new functions is up for download now.

Thus, according to developers, the application has been thoroughly optimized at the software level: Hike works five times faster than before, plus it requires minimal Internet coverage in order to function.

In addition, the new version includes more than 5 thousand stickers for different strokes, as well as the opportunity to submit your own sticker ideas while composing a message. Group chats can support up to 500 members and can be administered by several overseers at a time. 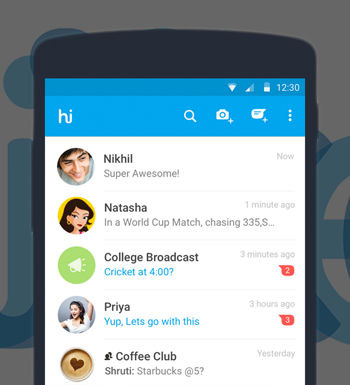 To top off, users can now send files of up to 100 megabytes in size and there are no restrictions on file format or extension. Even APK files can be shared through Hike now! Finally, users have free voice calls, photo filters and a handy search engine for chat history at their disposal.