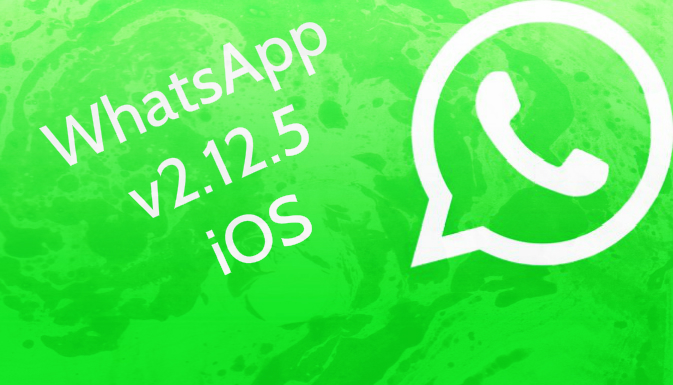 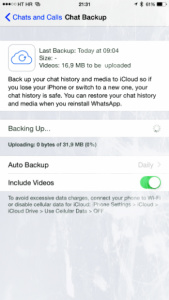 On August 5, the most popular IM app for iOS devices released an update. While working on this version of the app, the team finally did pay attention to the critics and begging users had sent in and added a great number of necessary functionalities. From now on, users can set notifications for alerts for individual chats, they can mark messages in a conversation as read or unread. The newly added functionalities also include sharing videos, locations, using less traffic, etc.

WhatsApp users now can customize notification sounds for each chat or entirely disable this kind of notifications. To mark a chat as read or unread, you just need to make a swipe to the right. Another new functionality is an automatic download of older messages while chatting if you scroll the message feed upwards. Users can also include videos in chat backups by tapping Settings, then going to Chats and Calls, then – Chat Backup.

To let users share a contact, the developers have introduced an additional Contacts app. You would be much better off using it rather than typing in your contacts manually.

Other messaging apps introduced these small but important functionalities long ago; however, WhatsApp was not in a rush to do likewise.

The new iOS version of the IM app offers an improved VoiceOver support.

Finally, users will be pleased to see the new Share Location option. On iOS gadgets, Apple Maps are used, and the message feed will display them as small messages. By tapping one of them, the recipient will be automatically redirected to the app with maps. Unfortunately, it is unknown whether Android devices can read messages with locations shared via this map application. Most likely, they cannot. 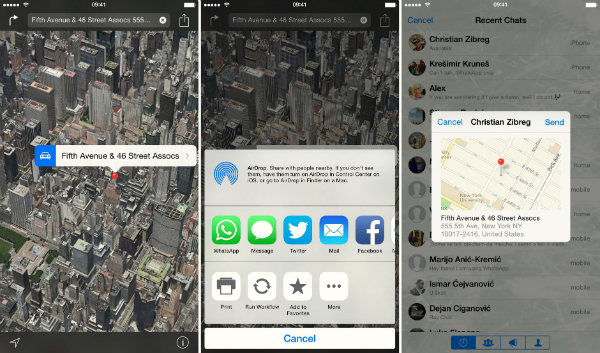 The messenger team has also updated the design of editing videos and photos. One more standout functionality that WhatsApp now offers is the opportunity to decrease the amount of traffic used when making calls. A user can do it by tapping Settings and then going to Chats and Calls.

It’s great to see that the app has improved, albeit a bit belated. After Facebook had purchased the company, WhatsApp hasn’t been updated very often. Probably the new monetization plan introduced by Mark Zuckerberg recently will have a positive impact on the app and will make it continue moving along the path of improvement.