M – FACEBOOK ASSISTANT – A MIXTURE BETWEEN SIRI AND WECHAT’S WESECRETARY 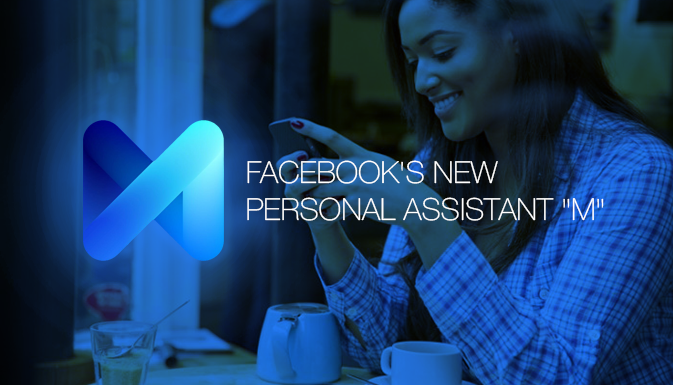 M is a digital assistant

A new peer of personal assistants in the market has been released to the market – it’s called simply M. Siri is available only for iOS users, Cortana is mostly targeted at Windows and Android, Alexa will show you search results from Amazon, Google has Now Google. Despite all this, Facebook’s M will definitely overtake them all by the number of users within a few months after the release.

Both in the West, and in Asia they realise that messaging apps are not just about messaging but they are full-scale platforms, a replacement for social networks with better and handier features. Chinese WeChat is considered a leader in this field. Facebook has just realised that it needs to catch up with the competitor, so Facebook Messenger is currently the company’s top priority.

On August 27, Facebook officially released the new personal assistant called M. This new feature is so far in beta. Below we are explaining why. 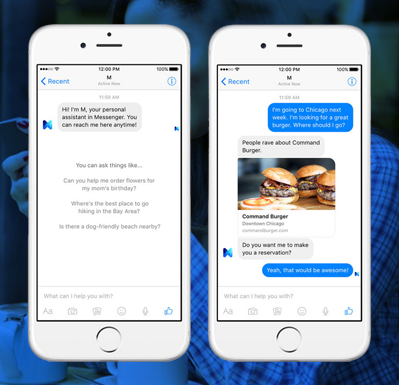 M is not only collecting your data but it is learning from you, too

The technology that M operates on combines artificial intelligence and a team of “instructors” that help the new product to answer users’ requests. The developers hope that after that period M will remember the algorithms it is learning in order to generate the most relevant answers later.

M could be called a Western-style WeSecretary, made elegantly. What is WeSecretary? It’s a third-party app built on the WeChat platform and targeted at expats in China. In the app it is real people who answer users questions, though.

However, M can hardly be called a rubbish cribbage of Siri, because it mostly resembles a very smart chatbot. M does not recognize voices. Not yet. A user types his enquiry into a chat with M and gets an answer along with the necessary links. 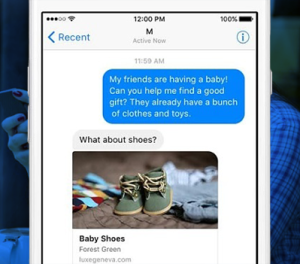 Watching the trends in the mobile market, you can arrive at two conclusions:

The new Messenger assistant has already consumed a lot of Facebook’s finances and it will have to at the very least get them back. So users should think whether an answer given by M will indeed be useful or will it be just an ad that was paid for?

However, we cannot deny the fact that such a personal assistant can be handy. M will be able to become your guide in a new city or will give you a tour of the local shops or places of entertainment that you didn’t even know about.