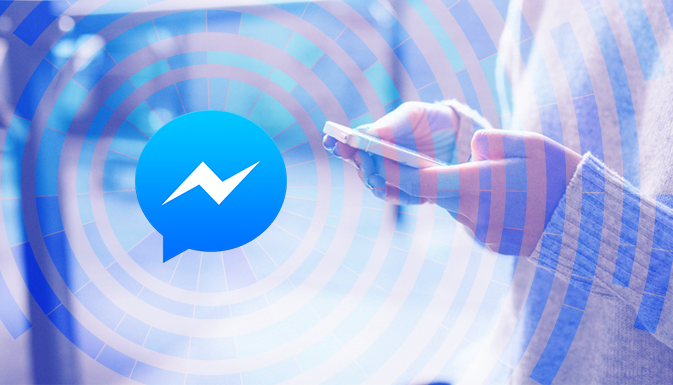 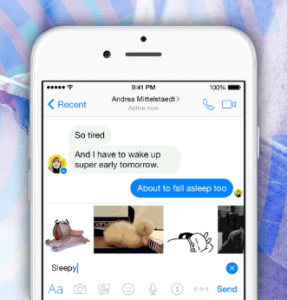 Facebook Messenger is being serious about implementing GIF-images into its dialogues and make them part of the communication policy. Quite recently, the development team introduced a set of third-party apps that allow working with GIFs within the app and this fitted the concept of platform development pretty well. This time the project team presented several tools that implement GIF-images right into Messenger without using the apps.

Facebook is testing a button that lets users find and send moving pictures in two taps. This is much more convenient and ergonomic for further content spreading than the current user interface version, which assumes a large number of movements for GIFs after downloading the GIF app into Messenger. 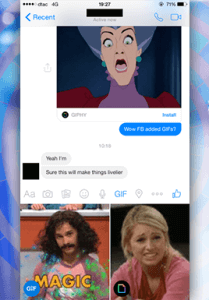 The button that the other day appeared in smartphones of over 700 M users is much more practical. It is linked to Giphy and Riffsy – two companies that made their apps for adding to Messenger and which do not make you quit the app in order to search for and send GIFs.

It is also interesting that having sent a message once, a user can download and install Giphy or Riffsy for Messenger.