A new messenger SOMA is trying to conquer the market

Recently released SOMA messenger tries to attract users by its zero price for installation and speedwork.

The messenger was developed by Instanza. The app is now available for Android and iOS and can be downloaded from Google Play Store and iTunes.

SOMA is similar to WhatsApp and Facebook Messenger. And while the manual to the app mentions “some interesting distinctions”, we did not find anything unique. 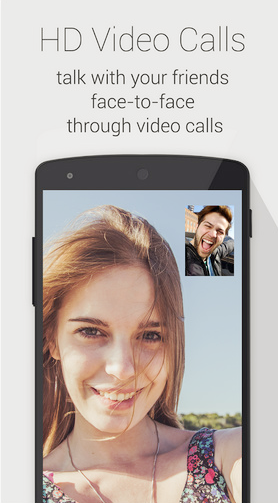 But let us start with the beginning.

WhatsApp or not WhatsApp, that is the SOMA’s question

The main SOMA’s feature is the speed. The chat app’s engineers assert that there is no buffering in the app and communication is maintained and processed by the server that is closest to the mobile device. This allows users to send and receive messages faster. There is a slight hitch, though: poor Internet connection brings this advantage down to nothing. And how many chat apps users around the world can always access fast Internet?

Just like WhatsApp, SOMA has free calls (including international ones), emoji, stickers, statuses, group chats, and other functionalities typical of any IM app. The number of users allowed in a group chat is quite impressive – up to 500 people.

SOMA developers state that the app is and will be absolutely free as opposed to WhatsApp, which does not charge anything only during the first year of use.

One of the options in SOMA allows sending an invitation to join the app to a user’s full contact list. Such a message contains a download link. Maybe this fact can explain such a huge (over 1,000,000) number of downloads from Google Play since July 20, the day when the messenger was officially released. Such statistics, as well as such a high rating, looks very suspicious. That leads us to a presumption that the app’s developers just “bought” users to promote their product faster. 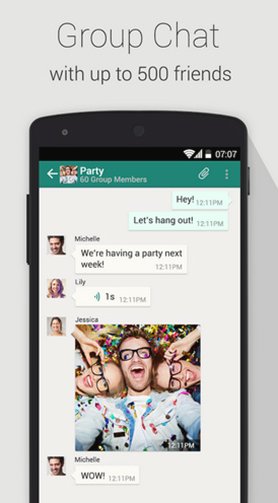 SOMA is focused on security, having a 256-bit encryption (AES) and 2048-bit cryptography algorithm (RSA). This is probably the only feature that substantially distinguishes this messaging app from WhatsApp. The latter still has problems both with data encryption and with overall security.

But if we face the reality, SOMA is a typical messenger, whose developers didn’t even bother to create outstanding features or any original services. Even the app’s interface is similar to that of WhatsApp even by its interface. So it is hard to imagine for us that the users of popular messengers will switch from their favourite app to SOMA.