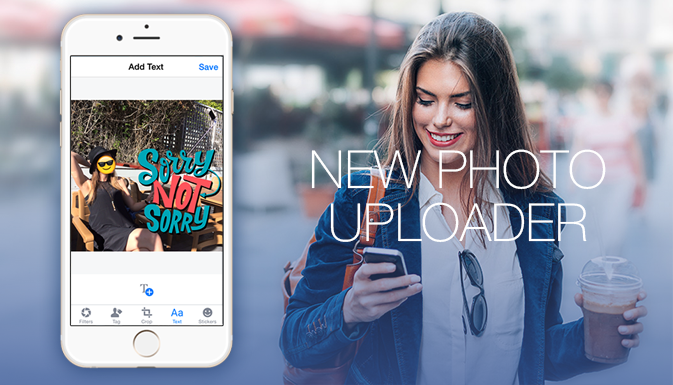 Social Network №1 launched a new functionality that clearly alludes to the fact that Mark Zuckerberg did not forget the piques done to him by Evan Spiegel. Recall that once Mark offered for Snapchat three billion dollars, but Spiegel responded negatively to the proposal.

And now new service for processing photos from Facebook, with its filters, labels and stickers – a direct competitor of Snapchat. What previously failed (for a number of objective and subjective reasons) in Instagram, is now presented at a very high level in Facebook. Also besides Instagram, owned by Zuckerberg, and there were other two stillborn projects: Poke and Slingshot, none of which did not even tried to become a competitor Snapchat. 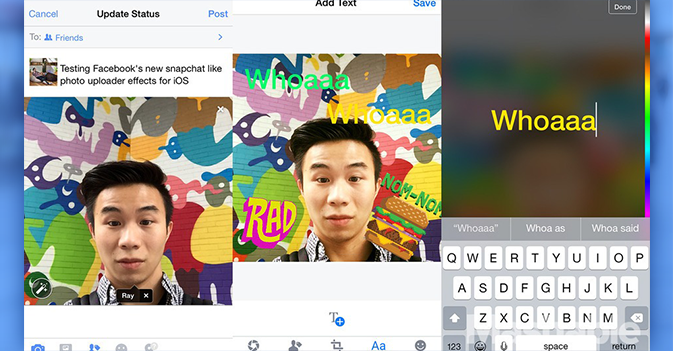 It should be noted that the social network had previously attempted to do something like this: a set of standard filters and even testing stickers to photos. But things did no go further than the trial versions. Now, users of iOS and Android devices (in the process of testing) have rich functionality: any arrangement of text on an image, filter preview while moving your finger across the screen, the ability to embed Facebook stickers to any picture.

All these quite revolutionary innovations cause a skeptical grin on Snapchat users faces: all this has long been implemented in their messenger. In an amicable way, Facebook is doing everything right. Seeing the success of the American messenger, confirmed by the success of the Japanese Line, expanding thanks to stickers and filters, the social network decided to include the best of what the market offers. 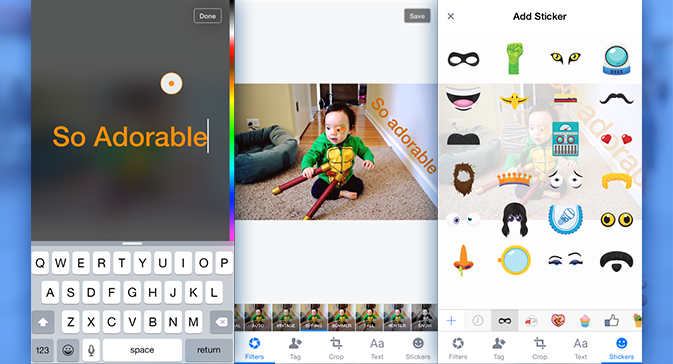 People want to express themselves as creative personalities, sharing something with your friends and families to Facebook. We decided to create a special place where they could keep all of our tools for editing photos as far as feasible by simplifying the adding of filters, stickers and the printing in the photo.

Of course, this functionality could be called stealing, but Facebook is simply sticking to its proactive approach: if it’s good for you, it will be even better for our 1.4 billion customers.