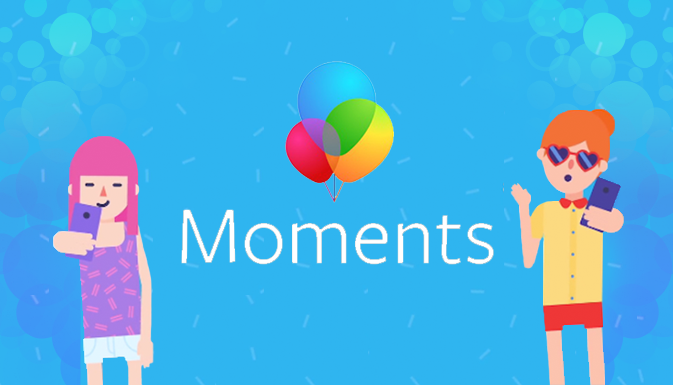 Are you annoyed by friends who say they’ll send you over a photo ‘in just a sec’, but never do? The new app Moments, developed by Facebook, will retrieve your photos, buried deep inside other people’s smartphones.

The operating principle of the app is based on the facial recognition technology. The app scans user gallery photographs, locates all images with a certain friend, and puts them all in a single album that you can share with that friend with the flick of the finger. All images can be arranged into private albums that can only be viewed by the people, whose face is on the photos. With Moments, all party participants will be able to sort their photos and organize them into a single album. 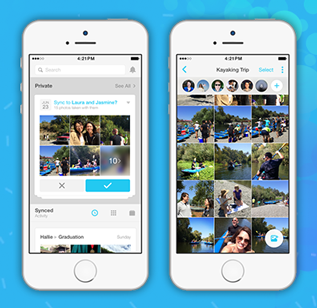 For the moment, the application is available only in the US as a third-party Facebook and Messenger app for iOS and Android smartphones.

Should the app’s popularity grow, it will be the end of the ‘snap a photo with my phone too’ era. Everything is up to the facial recognition technology, really, and to the means of exchanging files – it’s either going to completely fail or pave the road to an official Facebook app.

In fact, Moments may become a breakthrough, totally changing the concept of a photograph. Before the arrival of Moments, we had to send enormous photographs to everyone’s emails, or to force people to join groups, or to create groups of friends. In the worst-case scenario, photographs ended up being uncontrollably posted on our Facebook walls. 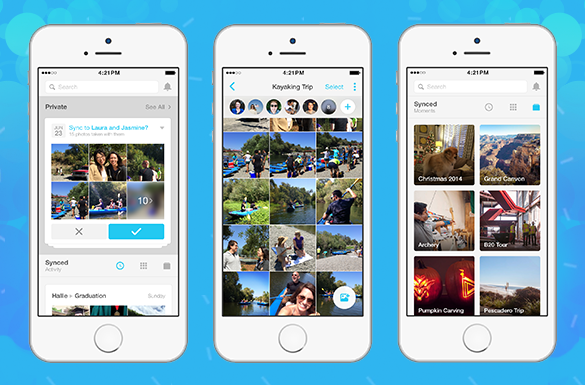 It is worth mentioning that Facebook was well aware of the situation and looked everywhere for a solution. In particular, Will Ruben, Facebook Product Manager, has been assembling a team, capable of creating a worthy application, for a long time. He managed to round up a few people, who stood out at in-company hackathons, and create Moments as part of a Creative Labs initiative. As for the facial recognition tech – it’s a native to Facebook’s AI laboratory.