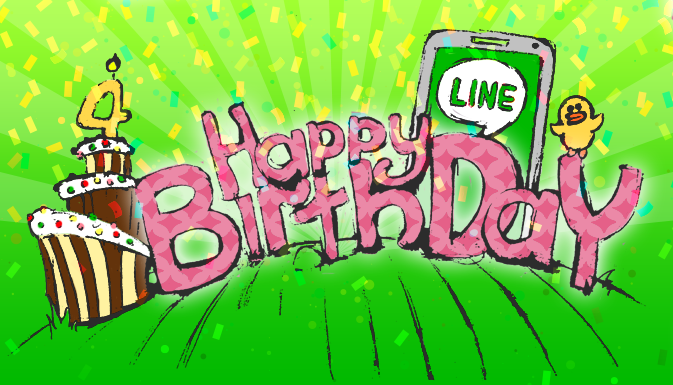 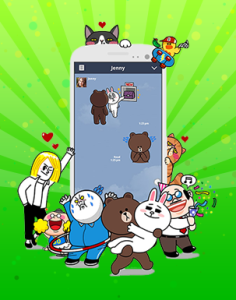 Line Corp, the Japanese company, is celebrating this event by posting in the company’s official blog, launching a funny commemorative cartoon online, celebratory wallpaper, and animated graphics. Now let’s talk about all of them in turn.

In its official blog, LINE has thanked all of their 300 M customers for staying their loyal users.

In honour of the anniversary, a 43-video is uploaded too. This video features all of the LINE sticker characters and ends with words “Thanks for 4 great years!”

One more celebratory element is a limited edition chat wallpaper, which users can download and use on their devices for LINE. As the messenger team say, the wallpaper can be downloaded only for a short while. To do that, you have add the official LINE account to your contact list:

In this celebratory blog post, the developers have also presented some interesting animated graphics, which contains quite a lot of information about how LINE stickers and emoji changed, gained popularity and were used throughout these four years.