WIITH: INFORMAL VERSION OF MEETUP BUT NO DATING. TINDER STEPS ASIDE 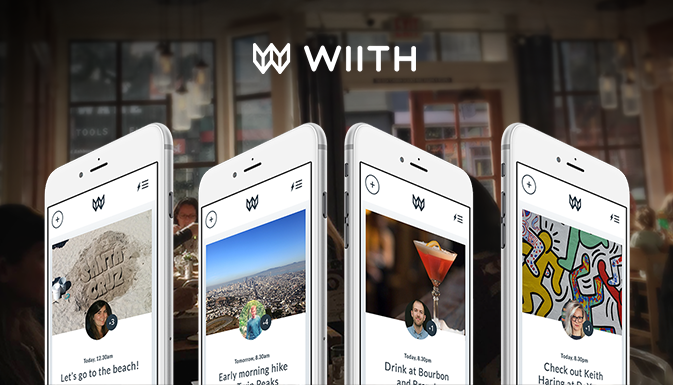 Home » All messengers » Other » WIITH: INFORMAL VERSION OF MEETUP BUT NO DATING. TINDER STEPS ASIDE

Looking to make new friends, just as searching for the ways to pass the time, can be a hard thing to do. The new app Wiith is made to simplify this kind of searches. It began working just recently and the first city to “conquer” for it was San Francisco. 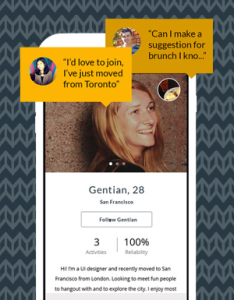 The app lets users create events and choose those who can join them. Users can also view the list of the coming events and send attend requests to the organisers. What’s more, you can, for example, join tonight’s party or plan a New Year celebration in June. Wiith app unites users into groups, according to their sphere of interests, and offers them events to attend in accordance with the list of their hobbies. US observes from such websites as TechCrunch and Product Hunt call Wiith “a more chamber version of Meetup”.

Events to be created could be various – from a bicycle ride along the Golden Gate Bridge to a picnic in Alamo Square. You could think of any event and invite all users of the app to attend.

The team of creators consists of product designer Gentian Edwards and Jeff Hodnett, mobile apps developer. The author of the idea is Ms Edwards who moved to San Francisco from London, and she knew absolutely nothing about the new city or knew no one there. In search for a company to go out with or interesting events to go to, she began to try the apps existing at that moment. Groups in Meetup looked too strictly organized and formal to her, and Tinder, in her opinion, was too much dating-oriented.

Edwards said that what she needed was an app to help her find friends and meet blokes not for dating or relationships. This is how she got the idea of making Wiith. 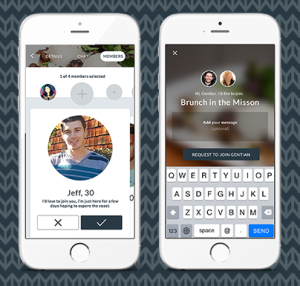 Her business partner, Jeff Hodnett, knew perfectly well what it is like to look for friends in a new city or how to launch an app. Jeff met Gentian in an agency of mobile development in London where they made projects for brands like Harrod’s and Stella Artois. He had moved to San Francisco a few years earlier than Edwards and the uncomfortable feeling of being all alone in a new city was quite familiar to him.

How successful this app will be in the future is unknown. In the past, there were a lot of startups, like Meetup.com but no one has yet managed to overcome the market leader which currently has a user base of 21.5 million people and which offers around 200,000 groups in local communities.

Gentian and Jeff are sure that Meetup has not grabbed the whole market share. Even though this company has a bit of history, still it has entered the segment of the mobile apps’ market just recently.

Gentian Edwards says about herself that when she arrives in a new city, she spends a lot of time in her hotel room. She does not know what happens around her and does not do sights because it’s a boring thing to do on one’s own. 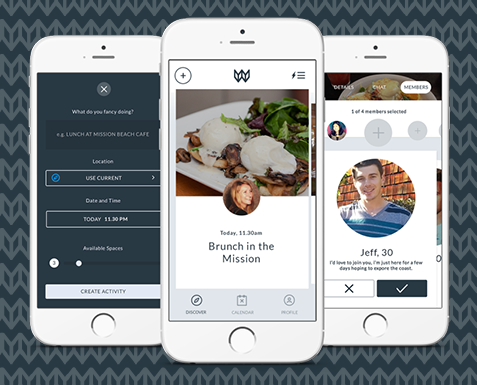 So far, Wiith is available for gadgets run by iOS. The team behind the app says that an Android version will be released in just a few months.