MESSAGE 600 USERS AT ONCE WITH TINDER’S FUEGO MESSENGER

As you know, there is a cool app called Tinder. It helps 1.6 mln of its users make new acquaintances, communicate and ask other users out on dates. This social app allows you to find a suitable partner who shares your interests and lives nearby. Recently, the development company Executive Marketing Services LLC released a Fuego Messenger plugin. What’s so good about it?

For those who work days and nights and are too busy to search for love or just to look for somebody to watch a movie in the cinema together, Fuego Messenger is an ideal option. It allows sending a hundred of identical messages to all young people you find attractive who are registered in Tinder and are located nearby. You no longer have to type one message for more than a few dozen times. 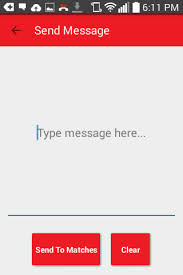 As for the app’s technical aspects, they are still unable to surprise those who use such messaging apps as HangOuts, Facebook Messenger or Viber. The plugin is available only for the app’s web-version and for Android users. However, the developers say that soon iOS users will also be able to enjoy this “magic” plugin. You can now easily send one message to over 600 users simultaneously.

Such a feature certainly increases this messaging app’s usability. Who is going to be responsible for the results, though? Fate can play a low-down trick on pick up masters, and several users at once may well say yes to an invitation. However, for open and sociable people this is a goal, not a hindrance.