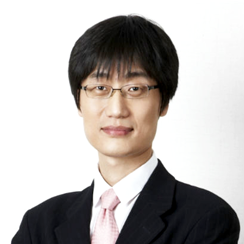 Lee Hae-Jin is in South Korea’s 50 Richest list. He was born and raised in this country, even though his most prominent creation – LINE messaging app – is a popular communication app in Japan.

Lee Hae-Jin studied at the National University of Seoul, and then he got his first job at Samsung SDS in 1992. That is where he met Kim Beom-soo, the future cofounder of KakaoTalk messaging app.

A few years later, the two young ambitious men started Naver Corporation, which to this day is the leader of the South Korean search engine market. Frankly, in 2004 Lee Hae-Jin left his CEO position at NHN, part of Naver. In 2k11, he resigned as the CSO of his own corporation. Back then, the press labelled him to be somewhat like Bill Gates in that he also quit his executive position to do charity work. There, however, aren’t any details as to what projects Lee Hae-Jin is currently engaged in.

In 2013, Lee Hae-Jin joined the billionaires’ club thanks to the growth of LINE stock shares. However, at his press conference Lee spoke not only about the development of the application, but about the future plans of his Web portal Naver.

What we do know is that Lee Hae-Jin settled down in Seoul, where he continues his work. He is married with two kids.

Everybody knows how LINE came to be: a powerful earthquake left an entire nation with no means of communication. The Internet was the only way of finding out whether your relatives and friends were okay. As a result, NHN Japan representatives, a branch of Naver, decided to create an alternative means of communication for the people of Japan.

Lee Hae-Jin was the brains behind the communication app. Initially, a small team of just 15 people began working on the app, including experts from South Korea, China, the US and Japan.

That is what led to the creation of the VoIP-based messaging app LINE in 2011. LINE gives you the freedom to share free messages, make video calls, exchange various media, stickers, play mobile games and order different services.

LINE evolved from a messaging application into a full-grown platform under Lee Hae-Jin’s command.