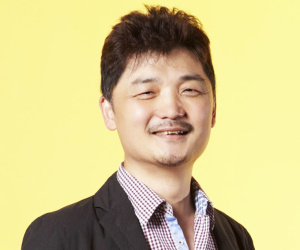 Entrepreneur, founder and president of the Daum Kakao Corp., Hangame project, Naver co-founder, Chairman of the Board, member of Daum Kakao’s Nominating and Compensation Committee

Kim Beom-Su (also known as Brian Kim) is an entrepreneur of the people. Unlike many people, who have made it in the IT field, Kim Beom-Su started out without any big opportunities. He was born in a poor family with many children and raised in one of Seoul’s most disadvantaged districts. Kim’s mother was a hotel maid while his father worked on the pen production factory. Neither one of them had higher education. There were four other children in the family besides Kim.

Nevertheless, Kim Beom-Su succeeded in creating an IT empire and acquiring a multi-billion dollar fortune. And let’s not forget that we’re talking about South Korea, where the market is occupied by such giants as Hyundai and Samsung, and the opportunities to build an IT-oriented business are rather limited.

When he was 20, Kim became the first member of his family to successfully enroll in a prestigious university – Seoul National University. That is where he first laid his eyes on a computer server and realized the vast opportunities that online communication provides. Kim Beom-Su was a good student and he soon got his Bachelor’s and then Master’s degree in engineering.

After graduation Beom-Su was determined to build a career in IT, so he got a job at Samsung. He spent five years there before the first dotcom bubble popped, resulting in the global fall of shares of IT companies on the stock markets, negatively impacting the world economy. That is when it hit him. He understood that he had to start his own company, so he took a $184 thousand loan and founded his first project Hangame – a network of gaming internet cafes.

Soon after the company also began developing games (poker and Hwatu), rapidly winning over the audience. When Hangame decided it wanted to achieve more, it merged with an IT company that was developing its very own search engine, and turned into Naver.com – the South Korean analogue of Google. Interestingly, Naver’s co-founder is Kim’s former colleague at Samsung, Lee Hye Shin.

Shortly the company transformed into the NHN Corp. In the six years that Kim Beom-Su spent at the company, he had to time to be the CEO and head the US segment. The latter forced him to move to Silicon Valley. The South Korean company had set an ambitious goal – conquer the US online gaming market. Kim worked tirelessly for almost two years, at the same time investing into a Korean project that helps startups, IWIlab. However, these two years weren’t too successful, so Kim Beom-Su decided to take a year off in 2007 to be with his family and think about his future.

But this year saw an event that practically split Kim’s life into a ‘before’ and an ‘after’: the iPhone came out. The young South Korean entrepreneur instantly knew how big the doors that opened up before developer companies were. Having assembled his team from IWIlab participants, Kim returned to Seoul in order to start working on new projects: a service for sending group messages, an app similar to Twitter. This decision resulted in KakaoTalk.

Thanks to KakaoTalk, in the spring of 2015 Forbes valued Kim Beom-Su’s net worth at 2.9 billion US dollars.

Kim Beom-Su is an exemplary family man. He is married and has two children. Being a true IT geek, Kim likes to spend his free time on online gaming and StarCraft in particular.

In 2009, the first mobile messaging app, WhatsApp, was launched. In March 2010, KakaoTalk was officially released and all thanks to the few years that Kim Beom-Su and his Kakao Corp. team spent on developing the project.

The communication app immediately gained popularity in his native land. In just six months, KakaoTalk’s user based hit one million users and by early 2011 the app could boast 5 million supporters.

In April 2011, KakaoTalk had 10 million registered users. The messaging client left behind his South Korean competitors, such as Samsung app and Naver Talk.

Despite the fact that KakaoTalk was doing good, Kim Beom-Su felt he needed to do more. In 2014 he realized that if he wanted to keep on expanding the app’s user base, he should consider different monetization options. The merger with South Korean search engine Daum helped make the idea a reality.

Thus, Beom-Su’s brainchild grew from a relatively small company into a huge market player, that must be reckoned with. Today, the entrepreneur owns 39% of Daum Kakao’s shares. On the first day of its existence, the company was valued at $9.5 billion. Kim Beom-Su is also the Chairman there and member of the Nominating and Compensation Committee.

How and why did KakaoTalk become popular so quickly? It’s all about the approach that Beom-Su chose: he immediately understood that modern people need more than just online chatting, they need to be given more possibilities. This is exactly why KakaoTalk isn’t just a messaging app, but a platform for the sale of various services, such as ordering tickets, buying coupons, games and so on.

KakaoTalk was the first messaging app looking to become a platform, however, unfortunately, his followers WeChat and LINE were able to develop this idea better and conquer a larger part of its potential user base.

In 2014 Daum Kakao found itself embroiled in a scandal for publicly announcing its intentions to transfer user data to government authorities. This caused a wave of outrage among the users, resulting in the company very quickly backing out from its earlier decision and returning the lost audience.

KakaoTalk is still crazy-popular in South Korea. On average, users spend 33 minutes in the app per day – this, in fact, is almost a record figure. The total number of KakaoTalk users is already close to 140 million.