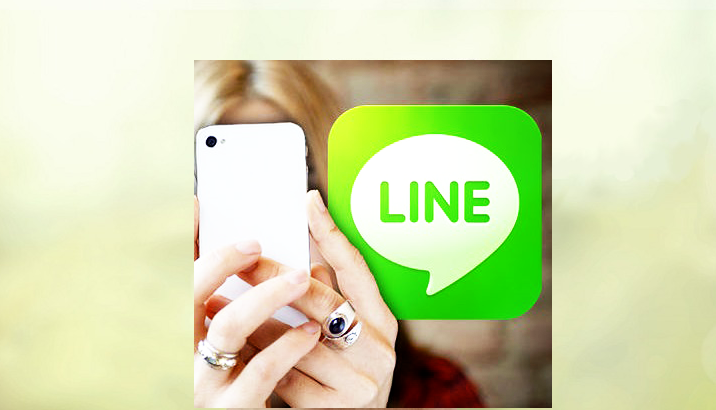 Storing media in LINE is now much simpler!

Yesterday, on August 11, LINE released an update for iOS. Now you are welcome to download the latest 5.3.0 version of the app from iTunes.

The new LINE version 5.3.0 has a new feature called Keep that allows you to mark messages, images or some other content to view it later on. 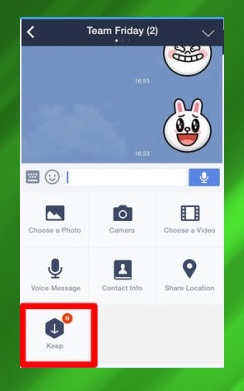 As the messenger team explains, Keep is the place to store messages, images and other media that users want to save using LINE. The new feature allows you to save notes and photos that were made on a mobile device without using the messaging app. To do that, just tap a file you want to save and select Keep.

What information can be stored in Keep?

You can write absolutely anything: ideas that you wish to remember or the address of a restaurant where you are meeting a friend. Keep is ideal for storing various files that you plan to get back to later (such as your working documentation). You can also use it in order not to miss an appointment or to remember to do something important. 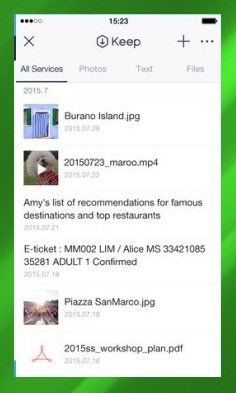 A big advantage of LINE’s Keep feature is that you can share all the files you store with your friends and that you do not have to exit a chat window to do that.

What other surprises can iOS users expect of LINE?

The new LINE version also has an update in the status field. Now instead of ‘What’s up?’ users see ‘Status messages’. 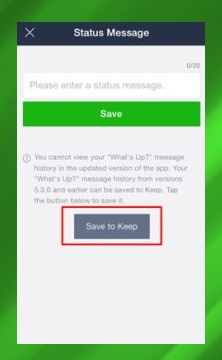 Besides, the process of choosing stickers has been simplified. Now users can send up to 16 stickers at a time.

So far, only iOS users are enjoying the new feature; however, the development team promises that soon a similar update will be rolled out for Android too.