Dark Room, marketed as a safe and secure messaging app, has just released version 0.0.2 of its product. The update has improved the app’s overall stability, made some design changes and added some user-suggested functions.

Dark Room developers have introduced a new function – “hot buttons”. To access said buttons you need to tap the little arrow to the right of the text entry field. The shortcuts include quick access to pictures and message drafts, so that you can promptly signal someone that you “Gotta go”.

The app’s team will keep on improving the feature, which is why they ask users to submit their vision of what they think the “hot buttons” should include.

Since Dark Room doesn’t receive any information from users, it, therefore, can’t notify them directly on worthy updates and news. Developers only have their blog and social networks at their disposal. Consequently, users have the option to access “News & Info” if they want to view or share something. A red icon will appear next to the tab indicating that app developers have some news or info to share with you. 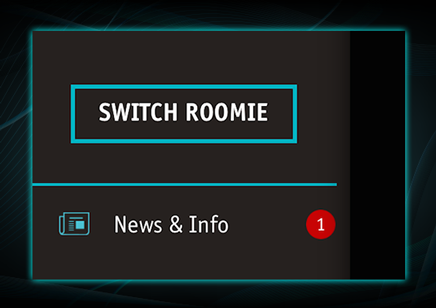 The team in charge also asked users, who are using the app as it is, to follow them on their official Twitter and Facebook accounts. Plus, if these options are inconvenient for you, send them an email at: support@trydarkroom.com

A pop-up window has been added, reminding users that a friend hasn’t yet replied to an invitation to join Dark Room, which you sent. It makes sense that engineers are interested in new people, new users – hence the innovation. But on the other hand, what’s so terrible about it? The messaging client is pretty decent, while its team used its 15 minutes of fame to showcase its creativity and willingness to perform.