KIK’S UPDATES FOR ANDROID AND IOS

Home » All messengers » Kik » KIK’S UPDATES FOR ANDROID AND IOS

When Kik upgraded last time, it was about fighting spam and improving the functionality for working with videos. The new updates are about letting users save images and videos directly from the app’s chat windows.

Images and video can be downloaded from Kik’s chat window

It’s that simple and predictable: by tapping an image and holding a finger on it in the chat window, a user can save it directly to the Gallery. This functionality has been implemented for Android devices and Apple gadgets. All the official profiles on the App Store, on the Google Play Market and on the app’s official website were updated on Monday, June 13. 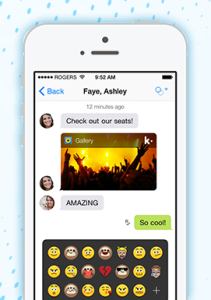 It’s worth noticing that the development team was a little more affectionate with iOS users this time. If Android users have only the aforementioned functionality, Apple users also received a bug fix: sometimes a chat box disappeared during a call and part of text messages was lost. They say it has been fixed now. 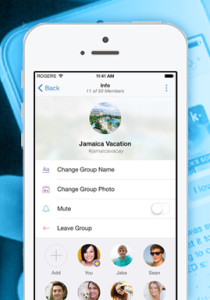 The developers also claim that they have somehow increased the app’s capacity for iPhones. So far, no particular significant difference has been spotted. However, not trusting the developers doesn’t make any sense either.