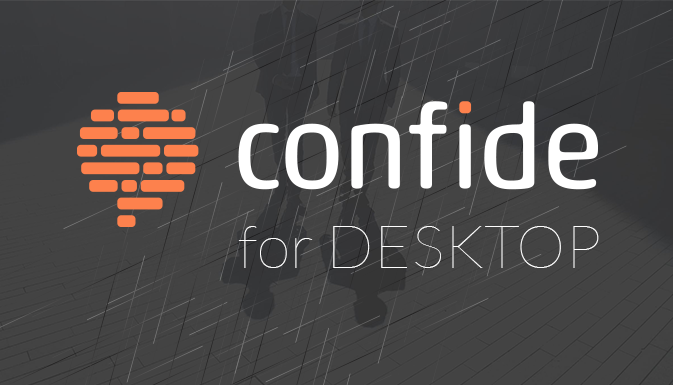 Confide on your desktop

Confide messenger, known for its one-of-a-kind approach to data protection, has released a desktop version of its application. Eighteen months ago, Confide’s new mobile version came out for iOS and Android devices. The app’s strong suit, or its feature, is that users cannot read more than one line at a time – the line that their finger’s pressed on. The rest of the text is hidden behind on-screen graphics. The user has to swipe the screen if he/she wants to view the message. However, keep in mind that each word will appear in turn.

Should the user decide to write an answer or quit the chat, the outgoing message will automatically be erased.

Now, all of these functions are available not only to the lucky owners of iOS and Android devices, but to users of stationary devices running on MacOS and Windows. Jon Brod, founder and CEO, reported on this, noting that the desktop version was always planned. He elaborated by saying that Confide wants to offer self-destructing messages for all platforms and devices. 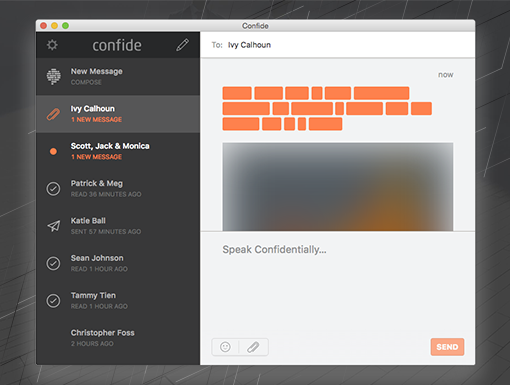 Difficulties behind the development of Confide’s desktop version

Developers admit that the biggest obstacle to the creation of the desktop version was the introduction of the Print Screen prevention mechanism. How can we even talk about confidentiality if users are given the opportunity to freely take snapshots of the screen? This is how the team over at Confide solved the issue: Mac users will receive a plain gray screen, while Windows users get a black one.

Moreover, the messaging app has an interesting way of syncing devices. The app determines which version of the app is used more often and forwards all incoming messages to that device. If, however, the message isn’t seen on that device, the app will send it to the user’s other device(s).

Confide for PCs allows users to send out files and photographs. The only difference between the desktop and the mobile version is the absence of the message self-destruction function. 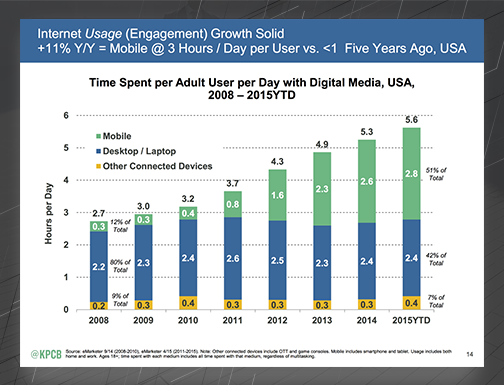 The messaging app is available in 15 languages and in 180 countries throughout the world.