Spotted, a German project launched in 2013, has received another tranche of investments. Now it will be rolling out to Japan, Korea, US and North Africa. Of course, it will also continue to conquer Europe. The latest data says that the messaging company has managed to raise $14.5 M.

Spotted is a chat app of the “anti-messaging app” type. The idea is that people will first communicate through the app and afterwards will meet face-to-face.

Why would people use Spotted? 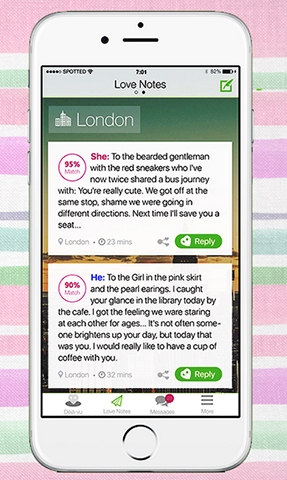 Users of the Spotted app can message people that are close by. Imagine that you are in a café and there is a lonely pretty girl sitting at the table next to yours. If you both have Spotted, then you can offer her to have a coffee together. These days, when lots of people are used to chatting online, you are more likely to get a ‘yes’ this way.

The app has at least two interesting features. The first one is exchanging Love Notes. You can write an anonymous love message and address it, for example, to the girl in a red dress who got off the bus at the shopping mall. If she is on the app and is interested, she will definitely reply to you.

The second feature worth your attention is “Deja-Vu”: the app saves the data about people you have met before. Even a long while later you will be able to write him or her, despite the fact he/she will not be within the Spotted coverage area. 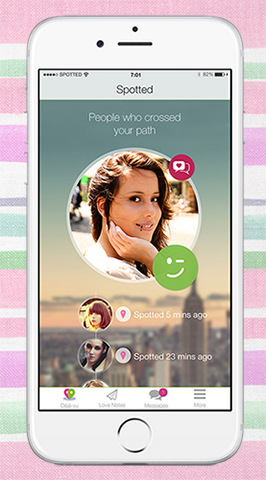 In this round, Spotted raised investments from such companies as Media Ventures, Deutsche Balaton and Wolfman Holdings. The company will also have a long-term partnership with Media Ventures, which promises to provide it with media support.

Today the startup can boast a million users. According to a Spotted co-founder Tung Nguyen, a monthly average number of downloads is 3,000.

Spotted is spread mostly in German-speaking countries (Germany, Switzerland, and Austria). Now the company plans to win over French-speaking audience and get its foot in the markets of France, Canada, Morocco, and Algeria.

The Spotted co-founder believes that women enjoy their product. This is doubtlessly a very good omen for any dating messenger app.

Surely, the market is already full of serious competitors. Tinder still holds the leadership. Bumble is gradually catching up. Even Motorola in its advert video Moto G slightly hinted that it might also release a dating app.

But, apparently, Spotted in not afraid of competing. In any case, the company has already won investors’ favour. Now a mere trifle stands between Spotted and success: they have to win users’ favour as well.