Snapchat is considered the fastest developing mobile social app. It is a mystery for everyone why this messenger, different from the others, is gaining more and more audience at a fast pace, despite the avalanche of criticizing and forecasts that promise bankruptcy. Still, everybody knows that some large investors, including mark Zuckerberg, have often offered to buy Snapchat. 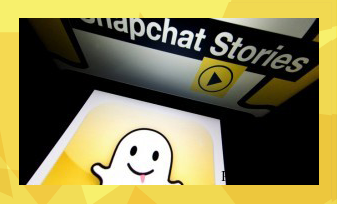 So what’s the secret of its popularity? Snapchat is a relatively recent product, developed by college students for young people like them. How does the messaging app benefit from this fact? It gets the benefit of the audience that will increase as the app grows.

Just recently, Snapchat thought of monetizing the app, which helped it to retain its already much-spoilt audience. Even their slogan for attracting new customers goes like: Snapchat is the best app for attracting audience from 13 to 34. The fact that there are no ads in Snapchat is the key one in this business on the Web at the moment.

The fact that Snapchat’s audience is very young, worries other apps and social networks, since adults have begun to filter the content they view much more often or use such apps for commercial purposes. Adults have turned it into a tool for their personal profit and young people are just getting lost in the huge number of adverts. This is why more and more users choose Snapchat.

Is Snapchat faster than the popular social networks?

Four years have passed since Snapchat released. Now the app boasts 200 M monthly active users (MAU), half of whom joined the app in 2014 (probably due to the release of iPhone 6?). These figures are very significant if compared with the growth rate of other messaging apps.

I.e., Facebook, on the fourth year of its existence had only 14 M monthly active users, Instagram had 180 M MAU and Twitter – only 30 M. Now these services are considered the main ones when you need to popularize anything.

The profit figures are still different, though: Facebook earned $272 M in its fourth year, Twitter – $45 M. Instagram was purchased for $1 BN. Snapchat has not earned anything and this makes you feel scared. 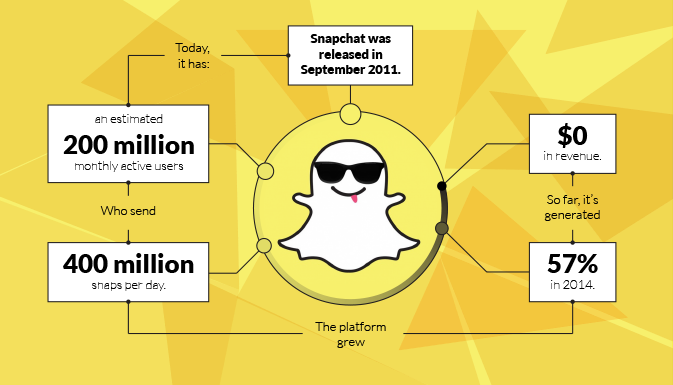 Has Snapchat actually grown up?

The only way Snapchat’s existence now can be explained is the time when it was created.  Why? Because now investing in startups is a trend. Regardless of whether they are profitable or not. You can always shut down one startup and set up another. This was exactly the thing that’s been holding the messenger of the float.

However, as the audience of an app expands, you need to hire more staff, add more functionalities, buy more equipment, etc, etc. You need money to do all that. If Snapchat’s “childish begging” used to do a good job and make investments flow in like a river, now it is time for Evan Spiegel and his team to sit down and think how to satisfy the investors. And it will obviously take much more than just implementing vertical video adverts.