Critics may disagree; however, the idea of turning Facebook Messenger into a full-scale media platform is a move that will ensure the global dominancy of Zuckerberg’s social network for many years to come. This will enable it to overcome the existing limitations of the major platform, will get it to take advantage of messaging apps’ popularity and set direction for the development of the Internet in the West. 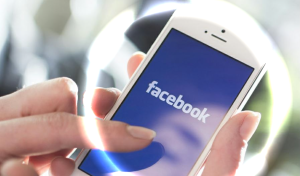 The roots of such a decision for Facebook are based on the current situation in China, where the most popular local WeChat messenger is spreading its presence and influence in a fast pace. WeChat platform has 500 million users and it is very deeply integrated into the social and commercial ecosystems of the Chinese society. No other messaging app can beat WeChat platform in China. See for yourself – it allows you to send and receive money, buy movie tickets, call and pay for cabs. Thanks to it, companies can set up online shops within WeChat. None of the previously mentioned diminishes the major function – staying in touch with friends.

Facebook’s plans on creating something like that do not correspond well with the current trend in the West about the growing popularity of secure messaging apps, though. However, a few things prove that it is particularly Facebook that can create a new platform, ensure its development and attract a sufficient number of users.

The competitors of WhatsApp, the app with 700 mn users all over the world, like Snapchat and Kik, have recently been actively used for spreading content. The reason for such attention to them is the belief that their auditorium consists of young people and teenagers, who avoid Facebook. E.g. Daily Mail and CNN are distributing their content via Snapchat’s Discover feature; MTV uses its Kik account for generating traffic for the website and for showing users the videos that they choose.

The major problem Kik and Snapchat are facing is inability to go beyond its young audience. At the same time, WhatsApp, which does not have a commercial base, is expanding its user base. According to the ComScore poll results, neither Kik nor Snapchat are increasing their audience in the 18+ age group much. Ted Livingston, the Kik CEO, says that he sees the future growth in attracting elderly generation. 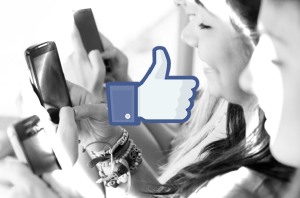 Perhaps, messenger apps like Kik and Snapchat became the first platforms where users could chat with brands, however, without the Facebook Messenger audience this will hardly cover a large number of users or bring any serious profits.

Considering all the aforementioned, the fact that Facebook Messenger is turning into an independent full-scale platform shows a breath-taking prospect. Taking the ecosystem of WeChat as basis, Messenger plans to become a real hub. Adults will be able to look up statistics on ESPN and share sports videos, while children will draw animated pictures, the so called emojis.

Facebook has also opened the Messenger for developers to let them make companion apps, providing better content spreading. Businesses can chat with customers through these apps and vice versa: a customer can tell a businessman about his wishes, and the businessman can notify the customer that the ordered item has arrived. A service for transferring funds has also been announced there; this secures huge opportunities in the spheres of commerce, mobile gaming, etc.

Provided all of it works, Facebook will have in its disposal a platform of the future, providing such an incredible level of social and commercial user experience that it will astonish users in the West.