Skype for Android: what’s in store?

Home » All messengers » Skype » Skype for Android: what’s in store? 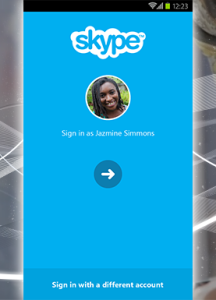 Skype’s recently released Android update is packed with several exciting functions. Despite some ambiguity, they are too big of a deal to be ignored.

Firstly, signing back in has finally been made easier. You know how we have to sign in and out of Skype several times a day for various reasons? We’ve all been there. It gets irritating when you are forced to enter your login and password a couple of times, not to mention the frustration of doing it even more often.

It shouldn’t cause any more problems, according to developers. Skype’s new default settings will offer you to log in as the last user. A simple touch of the arrow and voila… you are in. Of course, we can still switch between users and sign in under different accounts. 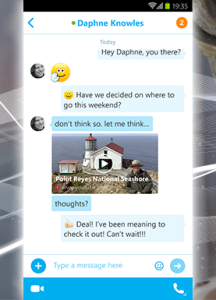 However, if you’re not a fan of such innovations, we’ve got good news for you: this option can be disabled in the Settings menu à submenu Privacy.

Another new development is the ability to preview web links in chats. This option was presented in April for Mac OS X devices, and now, after users have given the green light, it seems that they found the time to work on Android gadgets.