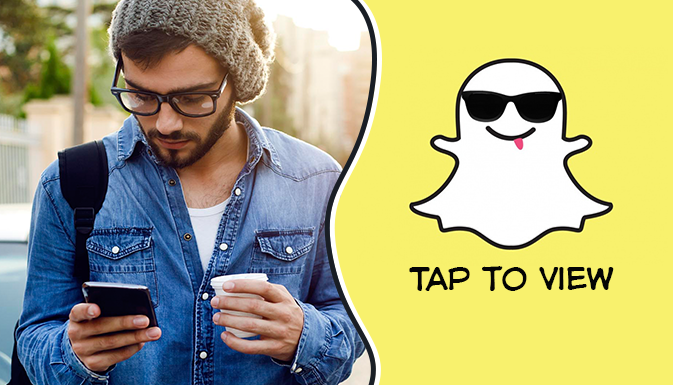 The recent Snapchat update includes an update in Snapcodes, a feature for adding a bunch of friends at once and a two-factor authentication. 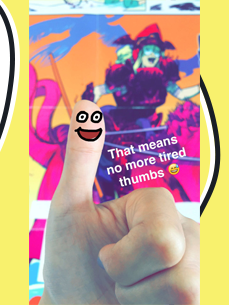 A milestone event in the life of Snapchat took place just the other day, and the company reported it on July 1. The company reps announced that they had finally given up on the feature of pressing and holding the screen for viewing a Snap or a Story. Now you just need to tap the screen once and then view the content.

This event has at least two opposite consequences. The positive one is that now users will definitely feel at ease, which is quite predictable. Of course, when there is such a lot of content, videos in particular. Otherwise, users would have got something similar to repetitive stress injury for their fingers. The second positive thing here is that now it will be sensible to add longer videos to Snapchat rather than short ones as it was before. For this purpose, the option of switching between the front and the rear camera while filming something would come in handy.

On the other hand, and the numerous experts have already spoken about it often enough, by giving up the “press-and-hold” feature Snapchat will lose the tinge of intimacy it had been surrounded with. After all, there was something to that press-and-hold-to-view thing. Besides, this ‘intimate’ interaction was something that advertisers valued about the messenger.

There is also an additional question of how reasonable it is to equalize all types of content. I.e., lately you have been able to view Discover videos without having to press and hold the screen. So, it is unknown so far how the situation will roll out further on. Evan Spiegel and his team should realize that users value them for as long as Snapchat does not introduce obtrusive adverts. So far the developers do not have any other monetization strategies (Spiegel recently has recently introduced 3V adverts). 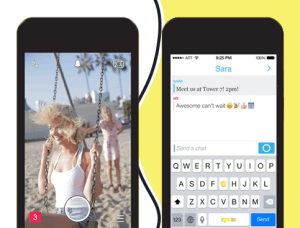 The messaging app has introduced new opportunities for searching and adding friends. You can do that by switching on Add Nearby. The developers reasonably believe it to be the best way to add the whole company you’re socialising with to your contact list. If all the people around you activate Add Nearby, you will see a list of potential friends. All you will have to do is add them.
Another update was about Snapcodes – the functionality typical of particularly Snapchat. From this point on, you can place your selfie in the middle of the code and thus make it easier for other users to find you in the network.

When you see a Snapcode in a different application, just take a screenshot of it. You are allowed to add screenshots of Snapcodes via Add Friends.

One more update that the development team put on the last place in the news message concerns Snapchat introducing two-factor authentication. That means that now you have to know not only a username but also you have to enter a password and a confirmation code for it that you will receive via SMS. This feature is called Login Verification and is optional. Should you activate it, you will have to enter a verification code sent to you via SMS. After that, you have to verify other devices you will be working with your user account from. If something goes wrong, you may require a Recovery Code. This will come in handy should you lose your phone or change your number. This is the only way you can login to your profile.