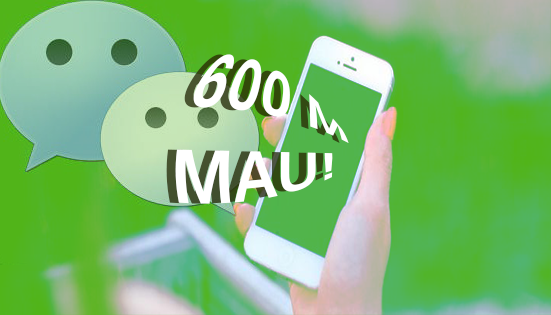 The other day, Tencent published a report demonstrating a new record of its popular messaging app WeChat: the number of monthly active users (MAUs) of the “all-in-one” chat app has reached 600 M. 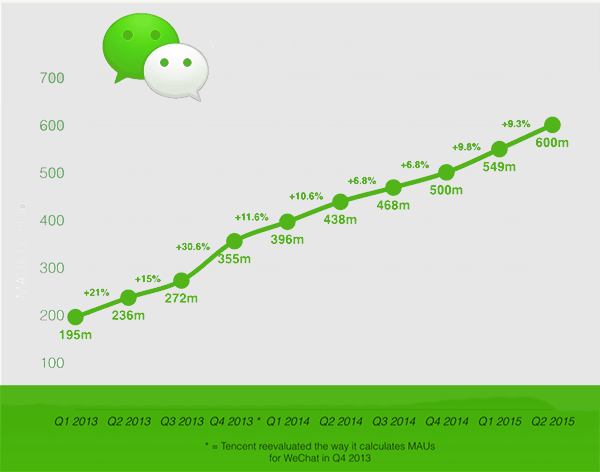 This data was published in the Tencent Q2 2015 report.

It is important to realise that the company is not disclosing the locations of WeChat users, so it is hard to tell from this data how successful the app is competing with such heavyweights as WhatsApp, Viber, Skype or LINE.

Besides, if you look at the chart, you will see that the growth pace has dropped 0.5% compared to the previous quarter.

However, if we only use the quantitative indexes to make conclusions, then WeChat may well beat the record set by Facebook Messenger (700 M MAUs) and, providing the situation is better than expected, the record set by WhatsApp (800 M MAU’s) too.

Will WeChat be able to manage that? We will know it after Tencent releases its next report.