Daum Kakao to be run by one CEO

Today, on August 10, Daum Kakao management officially stated that it plans to appoint Ji Hoon Rim – the head of K Cube Ventures – as the CEO. This move will cause significant changes to be made in the Daum Kakao organizational structure. Let us recall that currently the messaging company is run by several CEOs. Now Daum Kakao intends to go back to the classic single-CEO scheme and appoint a chief executive officer who would run the company single-handed.

The chief candidate for this position, Ji Hoon Rim is feeling optimistic. Apparently, he’s prepared to lead the company to success. 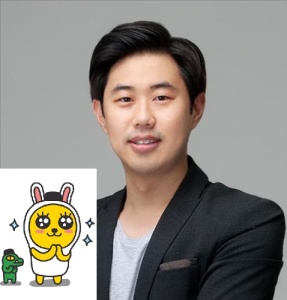 Rim got an engineer’s degree in Korea Advanced Institute of Science and Technology. After that he had worked in NHN, Boston Consulting Group, and SoftBank Ventures, before becoming the CEO at K Cube Ventures.

AS a venture investor, Ji Hoon Rim showed excellent results, thanks to his ability to find opportunities for growth and unlock potential of ideas and people.

Ji Hoon Rim’s talent can be confirmed by the success that he brought to K Cube Ventures: within 3 years, the company managed to get a position among the country’s most reputable ones.

Being CEO of K Cube Ventures, Rim invested in over 50 startups, among which there were Frograms, Fincon, Dunamu and Red Sahara Studio. Some of them have grown over 10 times in worth since then.

What’s wrong with the current structure of Daum Kakao?

Why did the company take a strategic decision to change a co-CEO company structure to a single-CEO one?

This move was suggested by the company’s current co-CEOs Sirgoo Lee and Saehoon Choi. The co-CEO structure was efficient during the post-merger period. Now that the cultural and structural integration is over, it is time to move on. The new stage requires a new approach to running the company. The current co-CEOs say they are going to guide Rim through all the nuances of the new position.

Ji Hoon Rim will be officially announced the CEO on September 23.