Snapchat is finally making profit! Or does it only seem so? 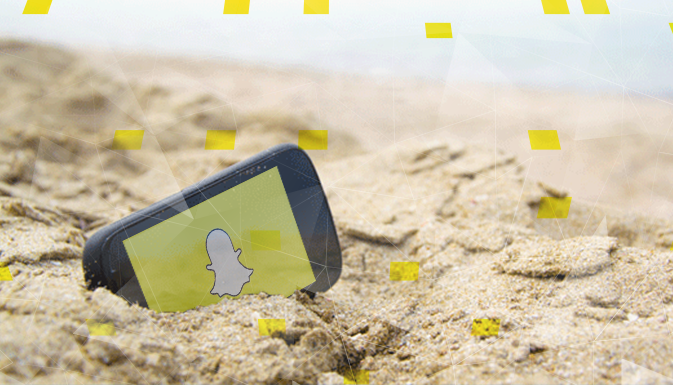 Home » News » Snapchat is finally making profit! Or does it only seem so?

Snapchat: a messaging app that makes no profit

Snapchat is the hyper popular young people’s messaging app that still has not made any profit and hasn’t event got the investors’ money back.

Now we are watching the messenger’s attempts to make its Discover section bring revenue. Snapchat has been active in terminating old contracts and making new ones with various media publishers. Apparently, Discover is the only revenue source that Snapchat has. Still, the messenger is spending much more than it is earning. 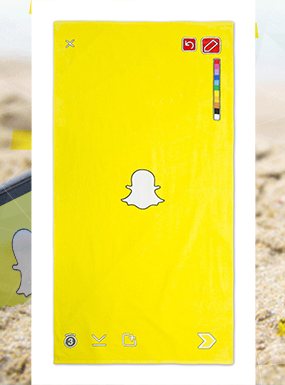 Can an official beach towel save Snapchat?

Could the tight corner the company has got itself into be the reason why it decided to take to an extreme and make a…towel?

What is it? Does Snapchat want to make money on the summer holiday season? Or are there any fans of Douglas Adams’ book among Snapchat’ creatives? The latter, by the way, can be confirmed by the product description almost literarily taken from The Hitch Hiker’s Guide to the Galaxy.

In any case, the fact remains: on July 30, Amazon published an advert about ‘an official Snapchat beach towel’ to be for sale. The ‘official beach towel’ costs just 24 dollars and 99 cents. 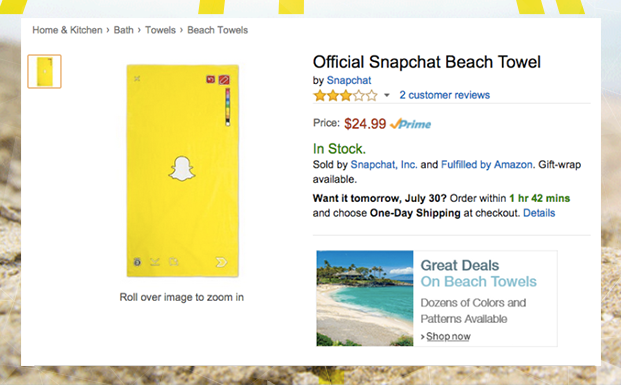 What Snapchat is up to is unknown yet. Perhaps, this could be how the company is having a laugh or maybe it just wants to blandish the investors.

In any case, they have already got the public attention. And they certainly made someone laugh.

As for us, we promise to closely watch the way the new ‘business model’ is developing. Although, the first ‘dissatisfied customers’ are complaining that Snapchat towels disappear 3 seconds after they are put on the sand on the beach.