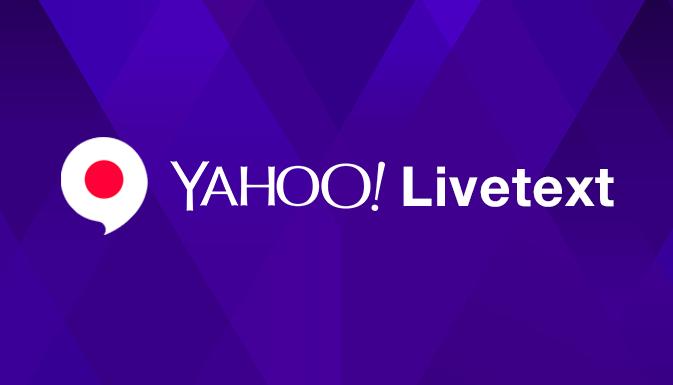 Now anyone can get Yahoo Livetext!

In a recent article we told you about Yahoo’s plans to replace its messenger with a new app, whose aim is to give users the possibility to communicate with vivid emotions via “muted” videos.

A test version of Yahoo Livetext was briefly available exclusively to residents of Hong Kong with iOS devices. However, as of today, July 30, Yahoo Livetext for iOS and Android has become available on the Google and iTunes App Stores.

Yesterday, the app was officially unveiled in New York.

Does Yahoo Livetext bring anything new to the table?

The messenger’s main feature is soundless videos that add a lot of life and emotion to your communication. As for the other function set – there aren’t any surprises. We get the usual texts, smileys, emojis, sharing photos and so on. The app isn’t ready to support group communication yet, but creators don’t rule out the fact the app’s follow-up versions will include this option. 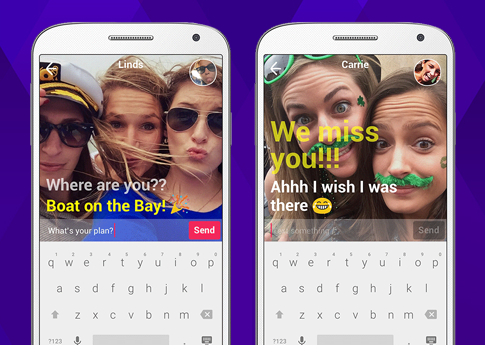 In order to chat with somebody in Yahoo Livetext, you must first add the user to your friend list and wait until the request is confirmed. Then invite the user to start chatting via Livetext. As soon as your conversation partner joins the chat, the video conference will start.

The end product is you and your friend, looking at each other’s live images with the conversation text popping up over the image.

Why are the videos muted?

Quite a few people will wonder what the deal is with Yahoo and its focus on communication with no sound. In a previous statement, company reps explained that people aren’t always ready to talk. They use messaging apps in public places very often — at a cafe, in classes, in public transport – you get the gist of it. So silent communication could well be a way out. 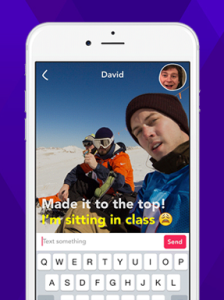 Yahoo’s senior director of video, design and emerging products, Adam Cahan, said that the second reason why Yahoo Livetext videos are mum is that a lot user have a sort of “stage fright” of videoconferences. Many people are afraid of video calls, because it makes them feel the same pressure they would experience from business negotiations. So without audio there’s less stress and more fun!

Video conversations cannot be saved and, according to the company, this function will not be implemented in the future.

The creators of the messenger are confident that the application will find its user and get a good grip of the market. Yahoo doesn’t fear competition: they are positive that modern users can communicate in several messaging apps at the same time. Therefore, there’s no need to take sides and choose between new communication services and the ones you already know.

As for monetization, Yahoo promised to look into it once its user base get large enough.