Some Talio functions are integrated into Remity

While Facebook is busy transforming its Messenger into an inner-user means for transferring funds, another money transfer app is gaining more and more messaging features. Remitly – a Seattle-based remittance app that lets US residents transfer funds to India or, say, the Philippines – has bought Talio, a messaging client created by ex-Amazon developers that focuses on pictures. Talio has quite a few similarities with Snapchat, like the self-destruct timer for images and texts.

Under the terms of the agreement, Talio will continue running the show. Judging from the look of things, some functions will be integrated into Remitly very soon.

The deal terms have not been revealed. The only thing we do know for a fact is that Talio’s entire staff team will stay, including founder Piragash Velummylum and Jordan Timmermann, as well as the technology. The terms further stipulate that a part of the deal includes shares, meaning that Talio investors will join Remitly.

Talio was originally founded under the name Wire in 2013. In its existence, it has attracted $2.3 million in investments from Vulcan Capital, business angels and TechStars. Remitly has raised a staggering $23 million, including $12.5 million most recently from DFJ.

Talio and Remity: together against competitors 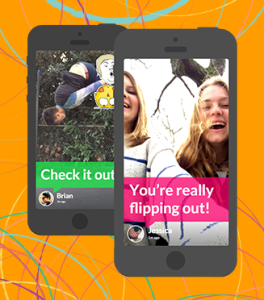 Regardless of the fact that Remitly and Talio fall under two completely different app categories – finance and communication, respectfully — they have a lot in common, in addition to the fact that they both come from Seattle. Both apps operate on markets crowded with competition, and, keeping in mind the amount of money the markets have, such unions have a great deal of potential.

Talio never even dreamt of playing in the big league, which is why it didn’t disclose the number of its clients. Meanwhile, Remitly’s approach earned it a good spot on the market. The other day the startup reported a 400% audience growth in 2014 compared to the year before. Furthermore, it has reached the $300-million-sent-funds threshold.

Remitly has some experience combining remittance and mobile messaging in a single platform.

Remitly CEO Matt Oppenheimer said that they understood that transferring money, while being thousands of miles apart, is a very personal gesture. Therefore, they wanted to created more profound connections between the users. Remitly recognized the fact that messaging was at the heart of it. As a result, they built a messaging feature into the app in 2013. Matt added that Talio will breathe life into that same strategy, but with more technology and talent.

IN THE FOOTSTEPS OF REMITY

However, Remitly isn’t the only company that sees and understands this market opportunity. Rumor has it that Facebook is hunting for a remittance firm able to attract users from developing nations by offering only the necessary services that users will want to have in their smartphones. 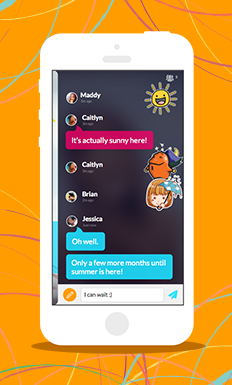 To finish off, Remitly is trying to show leadership technology-wise: it claims that it is the first mobile money transfer company to implement Touch ID for iOS.