WHATSAPP: SOME CRITICISM AND COMPLIMENTS 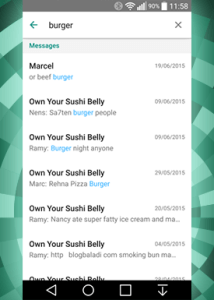 WhatsApp Messenger has recently been giving its users new functionalities and opportunities that the platform has to offer. The last few months have been a hot time for the team that has been issuing updates one after another.

However, these recent activities have brought up a problem: not all of the updates come out for all operating systems simultaneously. Traditionally, the first to enjoy new features are Android users. Then – come iOS users and only after them the new stuff becomes available for Windows Phone fans that feel almost left out. To justify WhatsApp, it should be said though that this is a recent trend among all app developers: they actively update their products first for Android users, and almost completely ignore Windows Phone.

A good example is the WhatsApp’s voice calling feature. Despite the fact that this option in quite a decent state was released for Android in February this year, only in late June Windows Phone users (not even users but beta-testers) were offered a pretty raw version of this functionality to try. As of the very first days of July, you can use more or less stable version, even though it sometimes malfunctions and stumbles over small bugs. 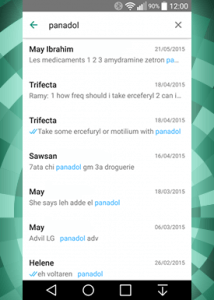 WhatsApp latest version allows searching for any phrase or word in users’ message history. On one hand, this functionality is by far not the latest invention. However, in the app’s recent version all of the numerous drawbacks, that earlier made lives of users horrible, so to say, have been eliminated.

The following limitation could be found in all the versions: a user could search for a phrase only in the names and contact titles that were saved in the app. I.e. by tapping the icon in the right upper corner you could find nothing more than just a contact. It is different for the new WhatsApp version. Users are now allowed to search through contact names/titles and through a chat history.

This update allows one to save time when searching through each particular chat history and make the most of his/her search right away.