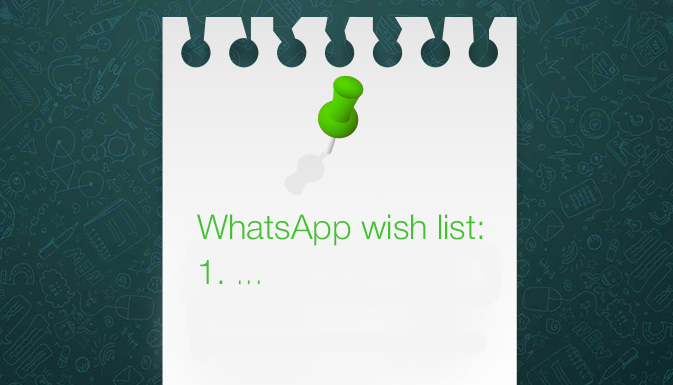 While most messaging apps add new options for their users as often as possible, WhatsApp feels relaxed about this. Although, users can be impatient. Just recently, the technical team finally added a voice call feature, made a better interface, but still – there is much more stuff users would like to see in this popular messaging app.

Below we offer you a list of what else could go well with the app, whose name is almost a synonym for the idea of instant message exchange.

Anyone who has your phone number can easily add you to a group in WhatsApp with just one tap. It doesn’t require your permission, and when you are added, say, in the middle of the night, you find out this fact in the morning. You get a notification and a heap of messages left in the group overnight along with messages from individual contacts. In this situation, a user is most likely to delay reading and may easily miss something important or urgent. It would be much better, if users were added to groups only upon their permission.

A better feature of sharing photos 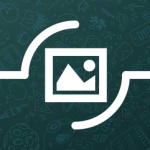 Sometimes it happens that you come back from a trip or a party where you had taken hundreds of photos and now you are desperate to share them with your family or friends. However, the existing limit of sharing just ten pictures at a time makes it a pretty hard thing to do. It makes you send photos in separate portions and you keep tearing yourself apart between gallery and the chat window. It would be much better if the developers just increased the limit, say, to fifty photos at a time. And in order to prevent chat from being flooded with photos, WhatsApp could show the shared images not as a usual list but in the form of a collection. 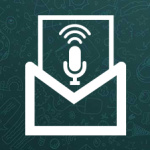 The WhatsApp option of sending and receiving voice messages has made the communication process much better. However, a mere trifle makes this advantage a little inefficient – users can’t preview voice messages before sending them.

Pretty often users feel like calling a person they are having a chat with. You tap the call icon in WhatsApp chat window. Thus you are making a call but that’s a VoIP call, whereas you probably wanted to phone in a good old – traditional – way. WhatsApp used to have this cellular call option but not any longer. Probably, the messaging app should give this opportunity back to its users.

As WhatsApp has become the most popular IM service for communication and sharing content, the company should give users an option to share various file types, apart from images, music tracks, and videos. Until February this year, this option was available in Google Talk but the IT giant shut it down.

Turning off notifications from individual chats 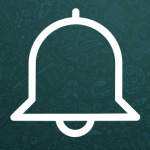 Considering the fact that memes and GIF animations have made our chats more vivid and expressing, WhatsApp should think of adding support for GIF files to its functions.

It would be a good idea if WhatsApp team let users distribute their contacts into different categories. Sometimes you feel like sharing some content with certain people without having to create a group chat for them. Besides, it would be nice if WhatsApp allowed its customers to customize the recipients’ list for group messages.

Leaving bookmarks in messages and searching through message history

Every day users exchange so many messages in chats that in a while it becomes so hard to find a message that you sent or received a few days ago. In this circumstance, the bookmarking option or the feature of searching through the message history can be of help.

WhatsApp should follow the example of Facebook and add an option of turning group chats into threaded dialogues. Thanks to this, group communications would become more expressing and relevant.

We do not always have a chance to check all the messages that had been exchanged in a group chat. Sometimes, you scroll through this message feed, sometimes you just ignore it. In this situation, there is a risk that you can miss messages that address particularly you. It would be a good idea if a sender could tag people in messages, to whom these messages are addressed. Once you tag them, they will be notified.

Most messaging apps have already adopted this but WhatsApp is still lagging behind. Here you cannot edit photos. The only thing that you can actually make here with images is cropping them. 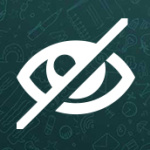 Everybody knows that WhatsApp lets you remove the “last seen” time mark. However, you cannot stay invisible when logging in. What’s the point? What good is it to hide the time of your last visit if every time you get online you are visible to everyone?

There is no problem forwarding messages to your contacts in WhatsApp from your smartphone; however, this functionality is missing in the web version of the app. Such a cool messenger (as WhatsApp positions itself) should have introduced this basic option in the first place.

WhatsApp for business use 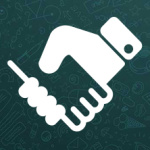 You can ask anyone who has ever tried using WhatsApp for reaching out to clients and you will hear that this is such a pain in the neck to do that via a one-to-many chat in the app. Plenty of top media organizations have tried to engage users and tell them about their products but then gave up disappointed. Even the web version of the app wasn’t any good. Still, this sphere contains a huge untapped potential, so WhatsApp has something to work on.