Facebook Messenger offers its users a wide set of functions – messaging, file sharing, stickers and even allows to make money transfer to users’ friends, for example, if your friend has paid for dinner at a restaurant or booked cinema tickets for a new movie, which you plan on watching together. Now Messenger is striving to conquer new horizons: before long users will be allowed to order products and services without leaving the app. Similar functions have been pleasing KakaoTalk’s and WeChat’s users for a long time now.

Innovations will be implemented through a digital assistant, according to the report presented by The Information. In other words, Facebook Messenger has finally made a decision to implement a chatbot. But it isn’t something new: Apple product users have gotten used to relying on Siri in making small decisions, while owners of Windows Phones do not hesitate to turn to Cortana for assistance.

Not to put too fine a point on it, but even Russian Telegram has chatbots. Furthermore, said app gives users the liberty to choose what tasks their bots will perform – search for metcasts, send jokes or, for example, rate photos.

The main function of Facebook Messenger’s virtual assistant is to search and order goods and services, but the possibility to perform other tasks has not been excluded. The information regarding task details has not yet been disclosed.

The service will be called Moneypenny – in honor of the unswerving secretary from the James Bond franchise.

There is a lack of information on the new assistant, but we do know that the new bot will be different from Cortana and Siri. Messenger users can rely on a flexible and individual approach on the other end from a team of real people behind Moneypenny. That is, the assistant will be less automated than its predecessors. 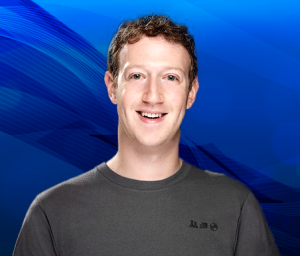 One thing is clear: Facebook Messenger leaves no stone unturned in its quest to attract as many users as possible. Last year each Facebook user was obligated to install Facebook Messenger in order to continue sending and receiving messages from their cell phones, causing a lot of frustration among users as few people really wanted to use all of Mark Zuckerberg’s “app family”.

Today Facebook Messenger has over 700 M monthly active users (in comparison: this figure stayed under 500 M before downloading the app became mandatory for Facebook users). However, this is not the limit, as over 1.5 billion people engage with Facebook.

The Messenger’s ambitious plans to implement Moneypenny suggests that developers intend to take an active part in the tweaks and updates race that has been rolling out over the last 8 month. Facebook Messenger has already given its users the opportunity to chat with partner companies and pay for goods and services without ever leaving the chat window. This is clearly indicates Messenger’s unwillingness to concede to competitors.

Facebook has not commented on the situation, preferring not to explain rumors. So, we can only wait for official information from Facebook Messenger engineers.