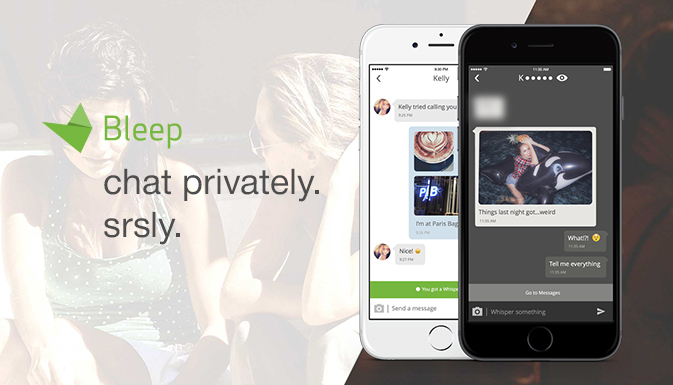 Most people are familiar with the fact that these days government agencies can keep a close watch on citizens through social networks. To give users a full privacy, which under current state of things has become as valuable as never before, mobile app developers are forced to produce totally secure messaging apps.
An example of such a product is an IM app called Bleep. According to the creators, it is reliable in protecting user messages by means of the well-known P2P technology. The problem is that most so-called encrypted messaging apps are based on a centrally managed system of servers and some competent users have no trouble hacking the so-called security and read user’s correspondences. The main feature of the Bleep app is that it does not involve any intermediary resources, like servers or clouds. This means that neither user’s messages, nor his metadata will be viewed. 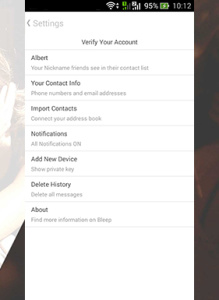 ● The app’s public release took place in July 2014.
● The app’s user base exceeds 200,000 people.
● The application was developed by BitTorrent Inc, San Francisco-based.
● The app’s feature is that it does not store users’ messages in a cloud. They gather in the memory of the device used for the corresponding. At any moment, the user can tap “Delete History” and clear the cache. For those who do not find this sufficient, there is a “Whisper” option (it is set on by tapping an icon in the corner of the screen) that destroys messages in 25 seconds. This short time period will not be enough for the recipient to save, copy the messages or a make a screenshot of them.
● Bleep supports English only.
● It runs on Android, iOS, Mac and Windows. 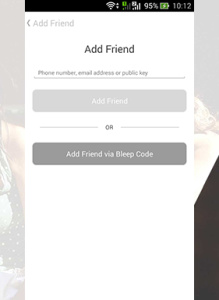 ● User registration requires his mobile phone number, e-mail address or a nickname (just to make sure). If the latter is the case, you will not be able to find this person. In order to add a contact, a user needs to pass him the second key: either via the address book or using a QR-code.
● The IM app supports importing the address book, thus accelerating the process of finding chat partners.
● Bleep allows sending text, voice and video messages, and smileys.
● Bleep’s iOS version takes up 43 MB of the memory storage space and Android version – only 9.1 MB.
● The messenger’s logo in the form of a folded note has a purpose of reminding users of old-school methods of mail delivery. 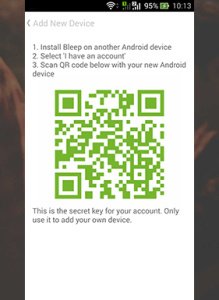 ● You can synch all mobile and stationary devices with one account.
● Bleep’s design is a minimalistic one.
● The app is free to download.
● The app’s upgraded version 1.5.664 allows receiving messages even without going online.

● At the start of its existence, BitTorrent, Inc was accused of piracy. Soon, after it began using P2P technologies in its product, including Bleep, the corporation acquired an image of a reliable developer, secure to deal with.