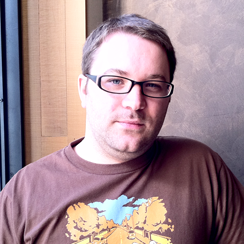 Co-founder and CTO at Slack

The developer Callum James Hendersen-Begg was born in London on January 17, 1981.

At the age of 18, he went to Birmingham University to study Software Engineering and decided to get a job straight away.

For two years he worked as a lead programmer in companies like Link Information Systems and The Evolving Media Company (back then, it was called 5emedia).

From 2001 until 2009, he held leadership positions in emap Special Web Projects, Ludicorp Research & Development (there he was involved in developing Flickr messenger, which Yahoo! bought in 2005) and Yahoo! Inc.

In 2009, Henderson-Begg along with Stewart Butterfield founded Tiny Speck, where the multiplayer game Glitch was created.

In 2012, the project was closed down. A year after, Tiny Speck rebranded as Slack and changed the field of its activity. Now Callum is the CTO there.

In 2006, the British software engineer wrote a bestselling book “Building Scalable Website”. He is currently working on the second edition.

Callum is colourblind and for a while he worked on apps that adapted Web pages for people suffering from this disease.

In his free time, he writes articles on web application development.

Callum has been in the field of developing web applications for over 15 years.

He has resided in San Francisco since 2005.

Slack is a messaging app for businesses, officially released in 2014.

The goal of the app is to become a substitute for corporate e-mail and Skype.

A big advantage of the app is Working Groups, which you can set up an unlimited number of times. To join one of those groups, you have to enter its name, your login name and the password.

The app works on PCs (running on Windows and Mac OS) and smartphones (Android, iOS). There is also a browser version.

Slack can be downloaded for free; however, there are a few restrictions. To remove them, you will have to pay $6.67 or $12.5, depending on the pricing plan you choose.

The only problem with Slack is that you can’t choose any other language but English.