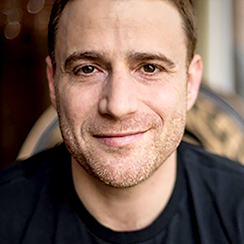 Stewart Butterfield, a Canadian entrepreneur, founded Slack in 2012. Today the company is worth over $1 bn. Currently, over 30 thousand companies are using Slack messenger.

Butterfield set up his first business back in 2002. After that he graduated first from the University of Victoria and then from Cambridge, where he majored in cognitive science and philosophy.

After graduation he started a successful business project called Flickr. The service allowed uploading photos for free. Soon afterwards, it was bought by Yahoo. However, Butterfield achieved a much more significant result when he set up Slack – a messaging app for teams, specially designed for the needs of professionals.

The key feature of Slack was that it was made not for any particular customer but for a whole team to interact. Stewart had to test the app on his friends and offer various teams to use the earlier version for free.

Upon receiving the first feedbacks, the development team immediately got down to improving the app.
Butterfield said that the difficulty for Slack was about persuading not just one customer but a whole team that Slack is excellent to work with. He believes that a team is much more difficult to persuade than one person, because if just one guy in that team first dislikes an app and then – grows to hate it, the app will most likely be turned down.

Slack is a messaging app for corporate use. Its beta version was launched in 2013. In February 2014 the app was released officially. According to the official sources, these days, over 1 million people use Slack. This leap forward has made the messaging app the most fast-expanding business project in history.

Slack has got the reputation of an app that is “killing Skype and e-mail”. In early 2014, the company had only 16 people on its payroll. Today, the number of the employees equals 180 people.
The main feature of the service is that it can integrate with over a hundred third-party services, such as Google Docs, Trello, Twitter, Dropbox, etc.  Apart from that, Slack has a picture-preview mode, its own hosting service, private groups and a lot of other things.

The app’s free version supports integration with over five services and a search in the archive through up to 10,000 messages. The paid version does not have these restrictions and contains expanded access rights.

In winter 2015 Slack’s user base was hacked. Soon after that, in March, the developers implemented a two-factor authentication system, which brought a solution to the problem.

As the next stage of the company’s development, Butterfield plans to increase the number of staff to 250 people and implement video calls.