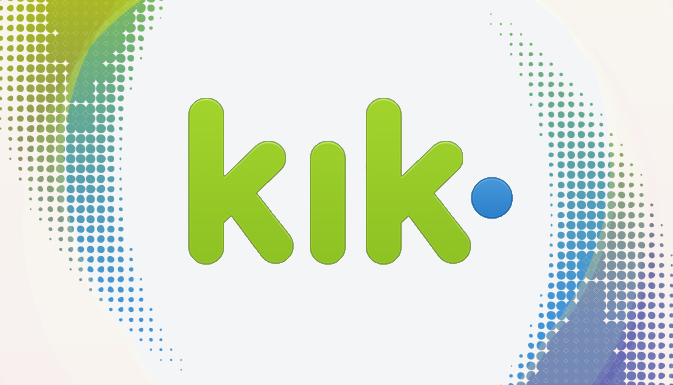 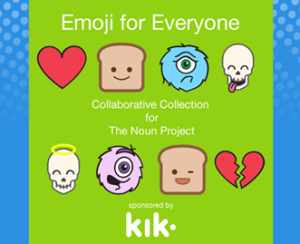 Last September, users of the messaging app called Kik finally got the opportunity to decorate their messages not only with standard smileys, but with various neat emojis. Prompt user feedback was very effective and positive.

Ted Livingston is Kik cofounder and CEO. The aforementioned fact made his team approach the second stage of emotionally coloring Kik’s correspondence with all seriousness. The thing is that Kik’s users asked for a huge number of different smileys, sets, stickers and emojis.

Instead of designing a collection a day and conducting a survey on “what idea will get the most user votes?” the Canadians decided to make the following move: let the users graphically express themselves.

The Noun Project got involved in the project. It is a startup that lets you find almost any icon and upload your own ones and become popular (or receive a part of the amount from the sticker pack sale). The Emoji for Everyone project is the result of cooperation between the two teams. 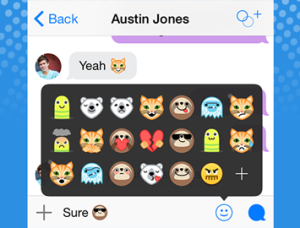 Go to The Noun Project website to find the requirements, instructions and tools needed to create stickers. By following the provided instructions, any Kik user can independently create an emoji pack and send it to Kik’s central office. If they like your collection, it will be added to the messaging app. However, to tell you the truth, nowhere does it say anything about the financial end of the deal. All users are promised is that their name will be included in the title of the sticker pack.