The number of messaging apps is growing rapidly and each of them is struggling for every single client. Messaging apps have long become much more than just apps for chatting. Now they let users make video calls, share eye-catching stickers, location or even send a photo collage. WeChat messenger, for instance, even offers cab calling services, purchasing movie tickets and paying for utilities online.

Despite such a heavy competition, the messaging sphere has definite leaders. E.g., according to App Annie, the service for collecting statistics on apps and electronic readers, in Q3 2015 the most popular messaging apps were: 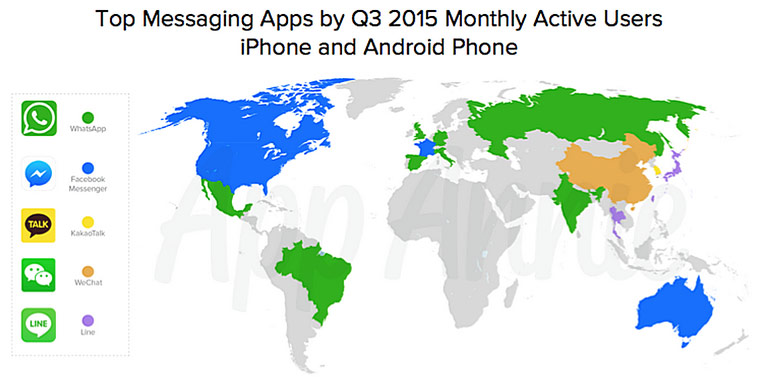 Most surprising in this list was WhatsApp statistics collected in Russia, since WhatsApp is not included into the Russian Federal Law “On Personal Data” and obeys the laws of California State, US. Still, this did not stop WhatsApp from becoming a leader among Russians.
As for profits, here, despite the love of people and the popularity of other messaging apps, creators got most profit from Skype in the US and Canada and Viber in Russia.