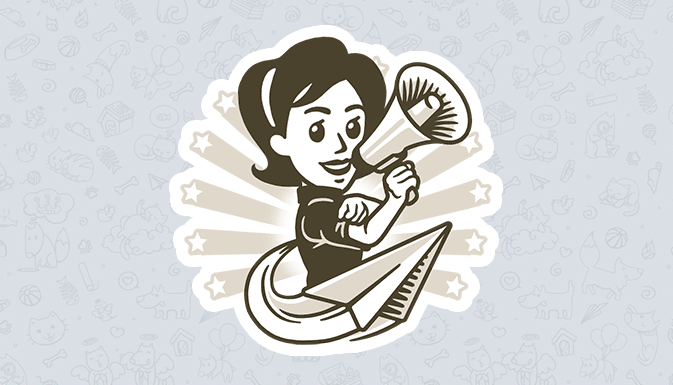 After its latest update, the Russian Telegram app has implemented some new features. These new updates are mainly to do with the iOS 9 version.
One of them is now the ability for users to benefit from an updated Broadcast messaging feature (Channels), which allows users to share group discussions.
The adding of the 3D Touch feature by the messenger team has ensured fast access to the messenger’s services for users. 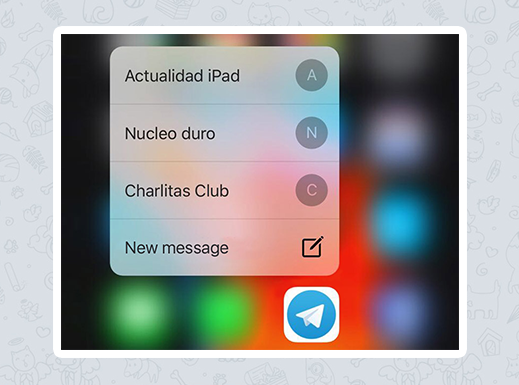 Let us recall that the major update Apple has made in iPhone 6s Plus was the 3D Touch module. It allows you to manipulate Peek and Pop functions by pressing the screen harder or softer.
Telegram has used this innovation to make it easier for users to do chatting. E.g., when you merely touch the conversation on the screen, the Peek function will show you a preview and a harder touch will show a quick access toolbar that will open a window for typing a new message or just open current dialogues. 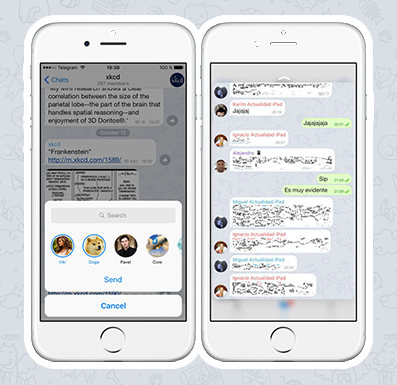 Although, to be fair, Telegram is not the first app to adopt this method of regulating the pressure force. The 3D Touch technology has already been used in such apps as Twitter, Jet, WhatsApp, Moments, Shazam, GroupsOpenTable, Medium, FireChat, Dropbox, Pinterest, Facebook Messenger and Evernote.
Another update that Russian Telegram app has introduced was Spotlight support. Spotlight is an integrated technology for searching throughout all Mac OS X system. In the new Telegram version, it will allow users to open chat windows right from the iOS search bar.
As for users of other mobile operating systems, these changes have not touched them. Probably, Telegram is more worried about its iOS users than teams of other messengers.