SEND SECURE MESSAGES FROM ANY IM SERVICES – WITH NEW APP 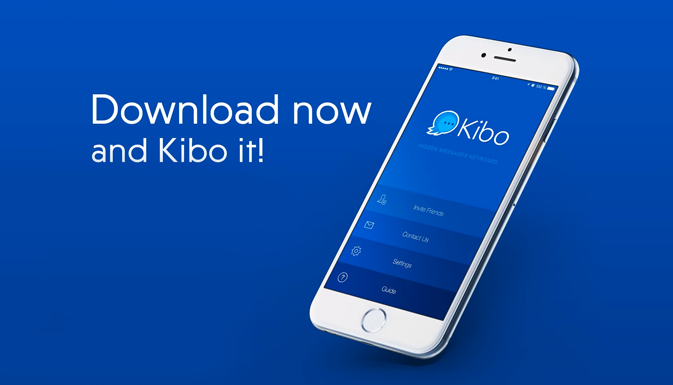 Personal data security has long become a global issue. Users thoroughly study the features of their messaging apps and replace the latter for more secure ones. In other cases, they continue using their favourites but live in fear of sending a message that could compromise them.
The new mobile app that has recently emerged on the Russian App Store seems to have solved the problem of poorly protected messengers. Thanks to Kibo, now users can hide their correspondences in any messaging apps. 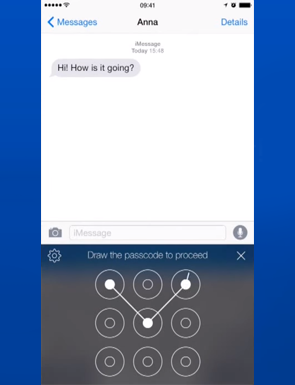 Kibo’s main feature is hiding secret messages behind an ordinary text. The hidden messages can be read by the sender and recipient only provided that both conversing parties have the app installed. The text itself can be encrypted and is not stored on the server.

After the app is installed, a padlock icon appears in all messengers installed on a gadget. All a user has to do is tap this button to make Kibo keyboard show up and start typing a secret message.
The app’s logo – an iceberg – pretty well shows the basics of Kibo’s work, since when using it you see only a part of the whole correspondence. 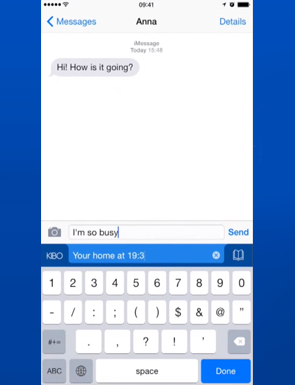 A user can type a secret message thanks to an additional keyboard. A special button allows you to hide your secrets from third parties. Meanwhile, you can type a text that does not need to be encrypted in an ordinary manner in your messaging app.
One of Kibo’s main features is its simplicity. Kibo is compatible with all messaging apps and does not require uploading any additional contact lists for writing encrypted texts. The sender just uses his iMessage, Facebook Messenger, WhatsApp or any other IM service he likes. 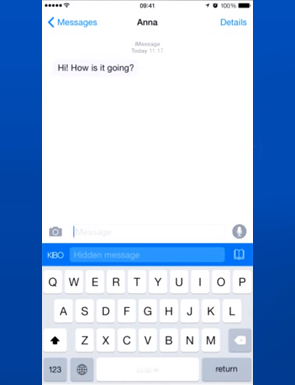 According to the founders of the startup, Kibo is meant to solve confidentiality issues for users while they are exchanging messages that contain somesecrets or private data. A lot of people believe that these messages are not viewed by third parties. Thanks to Kibo, only the sender and the recipient can see the secret text.
Kibo runs on iPhone with iOS 8.4 and higher. It is still a question versions for any other operating systems will be made.