NGO Electronic Frontiers Foundation has published the results of an annual study on the safety of user data, which absolutely must be closely analyzed and perused by the world’s leading IT firms. 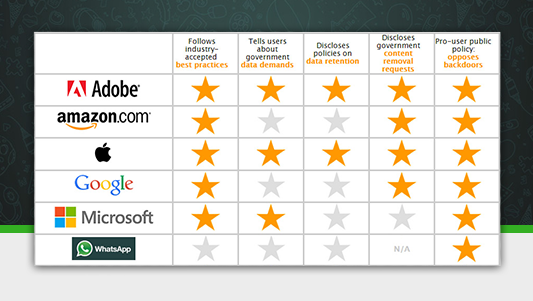 According to EFF experts, WhatsApp hasn’t done a stroke of work in this regard.

Based on the results of the study Who Has Your Back? 2015: Protecting Your Data From Government Requests, Jan Koum’s creation received only one star out of a possible five. This is far worse than that of other companies that‘ve been justly criticized for poor user data protection and a “don’t care” attitude towards it for quite some time now. Even Google, who has been run down by everyone and their mother, managed to scoop up three starts and level with Amazon and Microsoft. 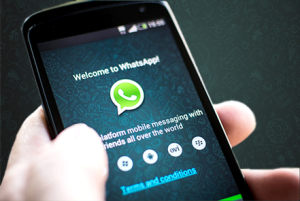 The only area where WhatsApp was able to stand out the slightest bit is combating backdoors – malicious software that allows violator to bypass normal authentication and gain access to devices without the owners ever suspecting a thing.

It is worth mentioning that when it comes to fighting backdoor threats there aren’t any real “loser” in the study.

Just like WhatsApp, AT&T telecommunications corporation is also going through very difficult times. On the flip side, Snapchat scored three of five stars in the study.