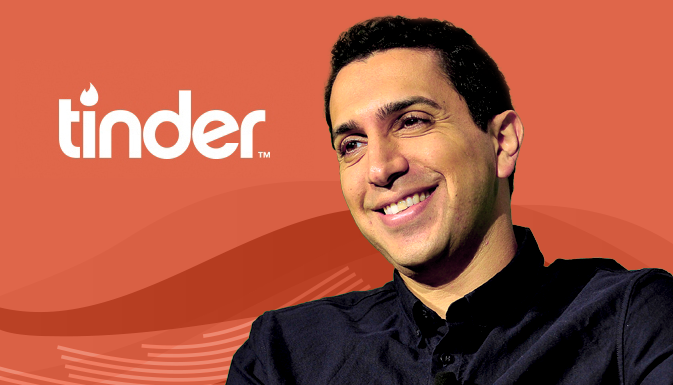 Tinder history began in the summer of 1986, on the birthday of Sean Rad – the man without whom this application would have been impossible. The next milestone in its history is the fall of 2004, when Rad went to the University of Southern California, where he received a business education. Here he meets his old friend Justin Mateen. Earlier, the two of them attended private schools, but it was the maths class at university where they met and became friends.

As a freshman, Sean did not waste his time and set up an Orgoo company, developer of a unified communications platform. By that time, Justin was also involved in his projects. From time to time, they asked each other to cooperate.

In 2007 another significant event took place: Sean showed Paul, a longtime devoted BlackBerry user, an iPhone. “I called him an old man” Rad said, promising that it would change Mateen’s life. It was a gut feeling. 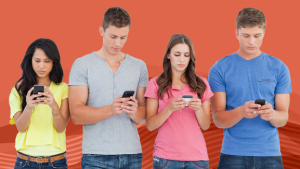 In spring of 2008, Sean Rad left the walls of the University of Southern California to focus on entrepreneurship. And in 2009 he launched a project Ad.ly – a platform to attract celebrities to different projects. In the autumn of 2011 the project got on its feet and went its own way. At the same time, Sean decided to sell his share as he was tired of constant negotiations with advertisers and celebrities. Platform continued its work after Sean left, and soon it was sold to Nestivity.

Simultaneously, in the fall of 2011, Rad joined Hatch Labs, an IAC fund business incubator, in order to set up his own company. At the same time, he meets Jonathan Badeen and they together start working on Cardify, a platform-operator of loyalty programs with a local binding.

One winter night in 2011, Sean Rad, Justin Mateen and Jonathan Badeen came up with the idea of Tinder and believed in it so much that they even decided to give up developing Cardify. The risk was great, especially considering the level of the platform’s readiness. However, the decision did eventually paid off.

The Canadian design company Xtreme Labs partially funded the incubator Hatch Labs and thus automatically owned the right to shares of the startups working there. Tinder was also on the list of those startups. In autumn of 2012 the majority of Xtreme Labs’ shares were bought by Chamat Palihapitiya. He also received the right for a 10 percent stake of Tinder shares.

In the fall that year, Tinder was released on the App Store. The application targeted college campuses, and the expectation justified itself: 90% of users were in the age group of 18 – 24. By the spring of 2012, Tinder changed the market of dating and searching for new friends, turning the process into a fun game.

In the summer of 2013, a version for the Android operating system came out.

In the spring of 2014, Tinder almost officially moved to a new level. At least, that’s what the golden champion of Olympic Games in Sochi, Jamie Anderson, said. In an interview, she said that almost all athletes residing in the Olympic Village installed Tinder on their smartphones, thus making it possible to take their friendship “to a new level.” It was a complete success for the application, which most of the world media wrote about for free. 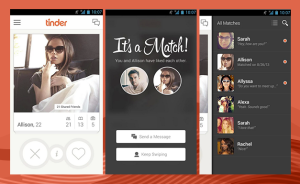 By this time, the demographic graph of Tinder had somewhat been modified: about half of the users were attending college, while the other 50% belonged to various age groups. Then, in the spring of 2014, Tinder announced that the first billion people met through the application.

Then the team started to think about developing new functionality that would allow users to communicate more closely. The Moments service was presented, through which users could share photos with other users from the list of the users they liked.

Afterwards a scandal broke out. Vice President of Marketing Whitney Wolfe filed a lawsuit against Justin Mateen, accusing him of sexual harassment and sexual discrimination. He lost his post as marketing director. As a result, Sean Rad resigned from his CEO position, but remained the president of the company and a member of the Board of Directors.

A search for a new CEO began. Simultaneously, in the winter of 2015 the company completed its first acquisition, the victim of which was the Tappy messenger. The head of the company was found in the spring of the same year. The former head of North America eBay, with experience in Microsoft and Amazon, Chris Payne became the new Tinder CEO.

Along with him, Hugh Williams, who had also previously worked at eBay and Microsoft, joined the team. He took over as Vice President of Development.

In the summer of 2015, the Tinder team, which included about 65 employees, had some staff cut: three employees of the marketing department and three developers were fired.