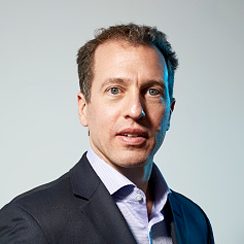 Co-Founder and President at Confide, Inc.

In 1993, Jon Brod graduated from Bowdoin College with a BS in History and Government. Immediately after graduation, he got employed by the NBA, where he would be in charge of marketing, licensing and operations for the next six years.

Then Jon decided to launch his own company. The first one was Patch Media in 2008, where he obviously was the CEO. The second business endeavor came a year later with the opening of mass media corporation AOL Ventures. This is the project that made Brod famous.

After leaving the leading position at AOL Ventures in 2013, Brod decided to change the direction of his activities. He certainly didn’t waste any time and started another company together with Howard Lerman in 2014 called Confide, Inc. By the way, Brod is currently the President of the previously mentioned company.

While working for various organizations, including some from the Fortune 500 list, Jon Brod got over 20 years of managerial experience under his belt. 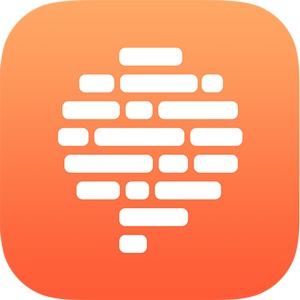 Confide is a confidential instant messaging application for iOS and Android devices.

As the messaging app was created, security was put at the top of the list. Therefore, it’s not surprising that someone will find this app to be excessively encrypted.

Confide CEO Jon Brod said that words spoken at an important, but confidential meeting over a cup of coffee disappear after they leave our mouths and enter our ears. However, an email or your message history will remain. Confide strived to create a program that was up to the task of providing users with an appropriate level of confidentiality.

In addition to standard message encryption, app engineers foresaw another rather reliable and interesting way of guaranteeing greater security.

When you receive an incoming message in Confide, you don’t see the standard set of letters that forms words and sentences, but you see shaded boxes instead. These shapes are the only thing that’s hiding the words only you were meant to see.

In order to read a word, you just need to swipe over the rectangular shapes that are concealing it. Once you get to the next word, the previous one hides again (in reality it is removed from the servers and devices).

Thus, attackers will never be able to see the full conversation text. Furthermore, if they attempt to take a screenshot, they’ll get thrown back to the contact list menu straight away. In the meantime, the user on the other end will get a special notification signal.

With Confide users are welcome to send messages even to email addresses.