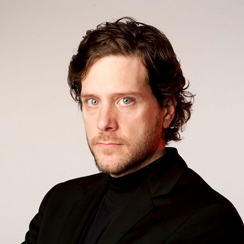 Co-Founder and Chairman of Confide

Howard Lerman was born on 27 February 1980, Vienna, Virginia. An innovator and entrepreneur, he became famous as a developer of unique business solutions.
Lerman was educated in Thomas Jefferson High School for Science and Technology in Fairfax County and graduated in 1998. An interesting fact – the school had a supercomputer that cost $1 mn; Howard hacked it in order to gain access to the local online community of hackers.
In his second year at Duke University, in 2000, Lerman and two of his friends created a humorous website JustATip.com. It allowed users to e-mail tips to their friends in an anonymous manner. Soon the website’s traffic began to grow. A year later, the developers sold their product for $150,000.
Lerman’s next achievement was Intwine, a consulting firm. Once the company began to bring a handsome income, the entrepreneur sold it to Daltran Media for $7 mn.
A while later, Howard Lerman initiated the making of GymTicket.com, an Internet service that allows users to find the nearest gym quickly. Within a year, Lerman got over 3,000 gyms to sign up for the project.
In 2006, Howard along with two other colleagues from previous projects founded Yext, a company that allows businesses to make updates of the data related to their location on various web resources from one place. As of December 2012, the company’s revenue equaled $30 mn per year. Currently, Lerman is CEO at Yext.
On January 8, 2014, Howard Lerman along with former AOL’s executive Jon Brod, made a public release of the Confide messaging app that lets users send encrypted messages.

Confide is a secure messaging app that shows messages in parts, thus ensuring that they are protected from copying.
According to the developers, their product makes messages fully encrypted and thus can be read by the recipient only. What is more, messages can be read only once, then they self-destruct and cannot be recovered.
This whole process of corresponding in Confide is interesting to watch: a message is concealed, to read it, you need to swipe on it. The same thing is with photographs – they can be opened only once by swiping on them and disappear immediately once a user takes his finger off them. This prevents anyone from making a screenshot of it. And even if someone does try it, his recipient will be immediately notified.
Howard Lerman and his colleagues, when creating the project, were concerned with the fact that all information published online remains on the Internet forever. This fact made them go for making this messenger app.
The app’s developers see their target audience not as teenagers who do not need to conceal their correspondences and do not mind them being frank but as business people who need to keep their chats confidential.
The app supports a lot of popular text formats and allows interaction with popular cloud services.