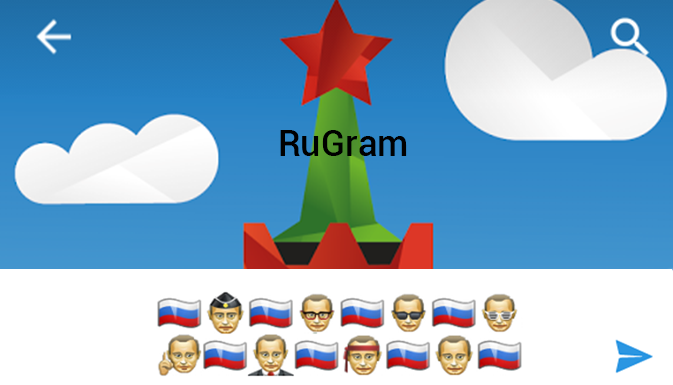 Emojis have successfully incorporated themselves into every messaging app. Before messaging apps came along, smileys were used to convey emotion in SMS communication through brackets, colons, hyphens and other punctuation marks. Eventually, they were replaced by graphic prototypes, and now everyone has entire sets of emojis at their disposal — various ideograms that reflect, sometimes even replace, the essence of the conveyed message. 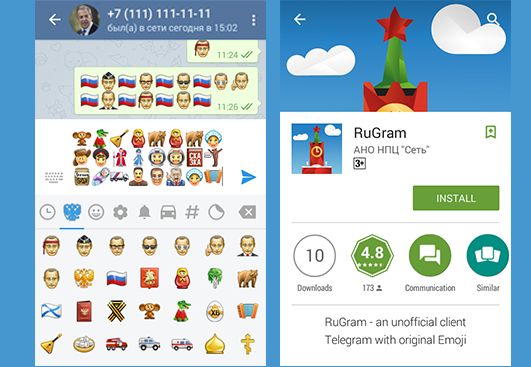 Youth project “Set” (Russian: network or web) was not satisfied with the emojis it had to offer. So, a decision was made to create, or rather upgrade its emoji collection to meet the physiological and cultural peculiarities of the Russian user. As a result, a messaging app called RuGram was developed. Moreover, project activists spoke about the creation of a national messaging app that is both secure and capable of increasing patriotism.

One of the app developers, Anton Volodin, stated that national emojis mirror certain situations better, because they were specifically designed to help Russians express their feelings. Furthermore, Volodin believes that everyone’s already sick and tired of seeing standard ideograms and that they are still used simply because there is no alternative on the market. 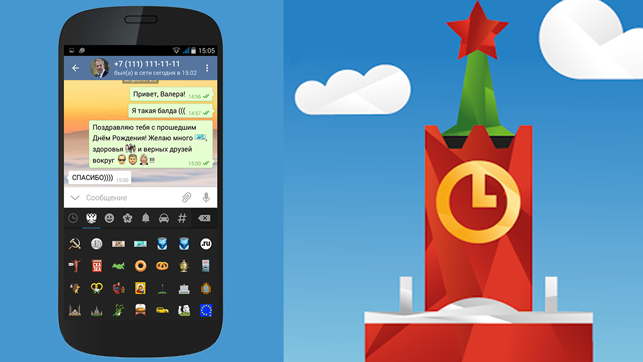 The development team needed just a couple of months to create the Android version of RuGram, basing it on Telegram’s code. iPhone owners will have to wait for the new product until the beginning of next year. As for Android users, they can already download the app and see for themselves what the new emojis look like. FYI, most emojis depict purely Russian people, characters and folk heroes, so get ready to have a hard time understanding them.