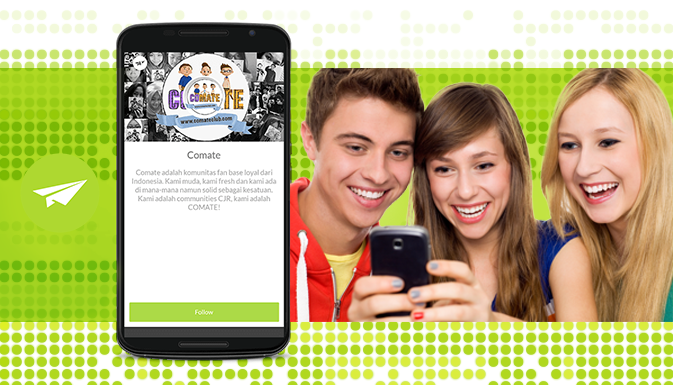 An Indonesian boy band called CJR can be proud of its truly devoted fans. The group’s fans have created a fan society in the local popular Jongla messenger and given it a name Comate. Now the society has its own Channel in the messaging app, thus becoming the band’s first official fan club in Jongla. 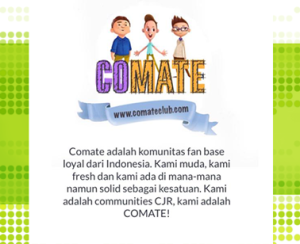 Comate is mainly used for communication between the fan club members. The fans use the group for sharing various content, like, for example, news, media files and Youtube videos. The whole CJR fan community has now got a platform where all the content about their favourite band is collected.

Comate Channel’s participants are CJR fans who live in Indonesia. They can communicate in their mother tongue within the Channel, and the group’s location settings allow only users from Indonesia to join in.

The messenger’s development team introduced the Channels feature in September 2014. Originally, it was developed as a communication platform for companies, brands, and organizations to let them communicate with their fans, clients and also to help them get new customers.

Since its launch, the option has been actively used by such businesses as The Dudsons, The Moomin, and Microsoft. Asian-Pacific mass media has also shown great interest in the feature. Almost 100% of the media have groups representing them in Channels. 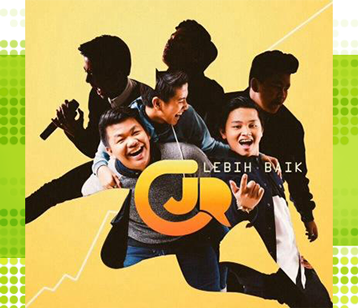