Wire is still a young project. This messenger app has been downloaded “a mere” half a million times and it’s now releasing Wire for Web service. Let us recall that this IM app is meant to be a substitute for Skype, to take communication to a completely new level, so to say. Will the cross-platform service be capable of achieving this goal, you’ll probably ask. Remember that most messaging services, like Facebook Messenger, WhatsApp, Viber and the aforementioned Skype in particular keep promoting themselves mainly thanks to improving their mobile versions. Hopefully, the team of professionals, consisting of Apple, Skype, Nokia, and Microsoft ex-employees will be able to surprise their products’ fans.

Technically, Wire for Web so far works only in Opera, Chrome, and Firefox. However, thanks to the open and flexible WebRTC project, which enables browsers and mobile apps to perform real time communications, all the opportunities will soon be possible to access through Safari and Internet Explorer too. So far, you can only exchange messages in them, as if they were chats. The app for the PC desktop was written in HTML5.

Wire offers making video calls, sending push-messages, creating groups or blocking messages from other users. You will be able to call only one group participant, though. Users can also share videos from YouTube and new songs from SoundCloud. The minimalistic design of Wire will take all unnecessary stuff out of sight. All additional options (like adding media or a file to a chat) will be visible in a corner of the screen, when the mouse cursor moves over it. 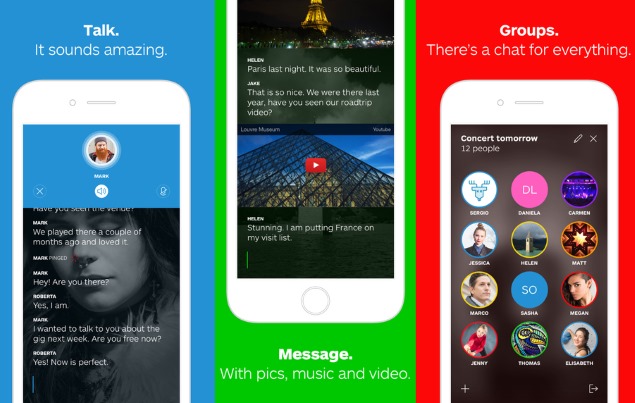 Wire is not ranked on Google Play but on Mac App Store it is on the great 1,237th place, in the Social Networks section. The company prefers to conceal the exact data about the number of its registered users. And this silence is so much revealing too. Despite this, Wire has got an excellent team and philosophy. It’s is easy to use, available in both mobile and web versions, and advocates a democratic policy of communication between registered users. The messenger possesses a great technological “filling”. It contains all options and features that users of messaging apps love so much.
You can test web feature on Wire web-site.