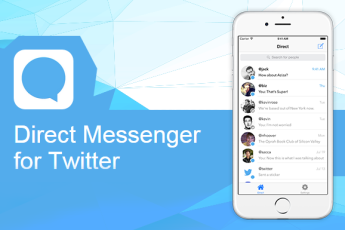 Direct Messenger app Direct Messenger is an attempt of Twitter to become an official messaging app. The app was developed by third parties and it is not Twitter’s official product. Still, it will make things much easier for the users of the social network, who have long been looking for an alternative to the Twitter…