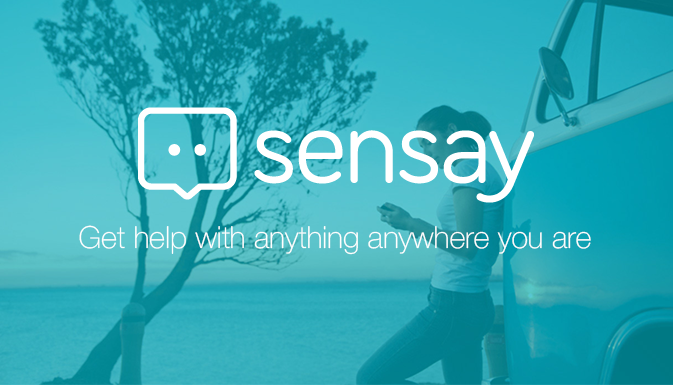 Often we need advice that cannot be obtained from any search system or person. It happens to the best of us.
In a situation like that, the Sensay app comes in very handy. It can only provide you with an advice-giver on one issue, though. Thus, Sensay messenger provides you with a word of a ‘sensei’. 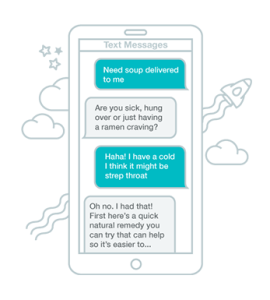 ● Sensay app was developed by the US-based company Sensay, Inc and released on 1 April 2015.
● The app was developed by Ariel Jalali and Crystal Rose.
● The main feature of the service is that it can actually connect you with somebody who can give worthy advice. For example, you want to know somebody’s opinion on the best places to buy pizza. A user runs the app and submits a request. The system finds users registered with Sensay and sends them a signal. If your ‘sensei’ indeed has some worthy information to give, he will get in touch with you directly and you will discuss what you want to know tete-a-tete.
● All correspondence within the app is entirely anonymous, so a user can only guess how competent this or that advice-giver is. To give users at least some sort of a benchmark, the developers introduced a rating system. After you conduct a conversation, the app awards both parties with virtual coins. Additionally, a user can ‘tip’ his ‘sensei’ for good advice.
● The developers believe that their Sensay app has got a great potential. 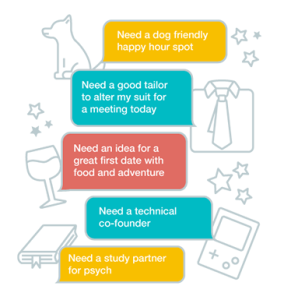 ● To sign up to the product, a user has to enter his phone number. In return, the user will get an ID. This procedure may take a while, since there are too many people wishing to join the base of the app. In this case, you could take to a lifehack – just make a retweet or repost in Facebook and it will get you to the beginning of the queue.
● When registering, you will be asked to tick the area of your expertise. If you mark yourself as a ‘sensei’, the system will choose you to give advice when a request comes in in the future. 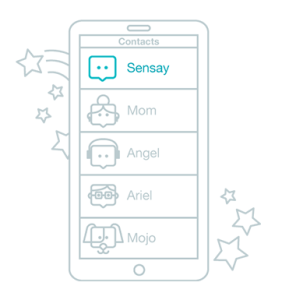 ● Nobody can use the service yet, you can only get an ID. In the near future, the developers promise to release the app versions for smartphones running on Android and iOS.
● Sensay app is completely free.

● Soon, the developers plan to implement a function of rewarding advice-givers with actual money.