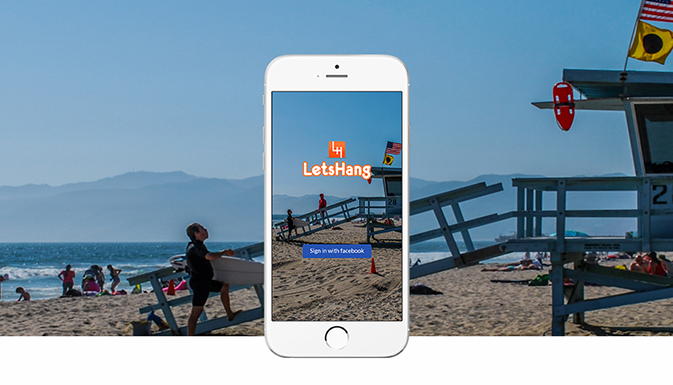 The ideology behind the majority of messaging apps is crystal clear – entice users into the virtual world.

It’s nice to know that there are still people in the instant messenger business, who want to achieve completely opposite goals — for example, push people to meet in real life one way or another.

LetsHang found its place among the minority and this app knows a thing or two about getting users away from the Internet and out into the real world. 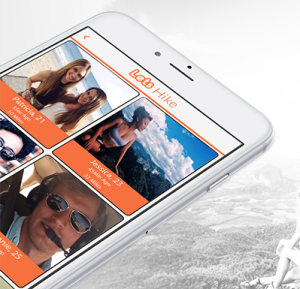 ● Three engineers (Narasimha Kuchimanchi, Madhav Thaker and Austin Burgess) developed the app and presented it at the beginning of the year.
● What makes this app so special is that it allows users to make new friends on the pretext of attending a particular event. In reality, this is what goes on: a user finds an interesting event, submits a request to start a group chat and starts bonding (first virtually, then – in real life) with the interest group that responds to the event.
● Events are broken down into groups, which is why users won’t run into any obstacles in their search for a suitable option. If none of the provided events catch your eye, you can take a risk with the “Surprise me” function that randomly selects an event for you.
● The app lets you know a contact’s age, distance from you as well as when he/she was last seen online. 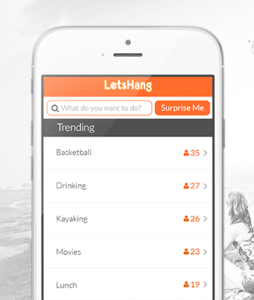 ● Dead simple app interface: explore the four available tabs at the bottom of the screen: settings, friends, chats and events.
● Currently, the service runs only on iPhones. The app’s Android version will come out soon.
● The app takes up 12 MB of your device’s storage space.
● LetsHang is available only in English.
● Log into the app via your Facebook account.
● LetsHang is in direct competition with GetReal. The difference between the two app lies in the fact that GetReal doesn’t link users to any specific event and involves all sorts of meetings.
● Anyone can download the app at no cost.

● App engineers integrated a reward platform called Lootsie to the new version of the app. Lootsie makes it possible to receive real prizes from different apps.