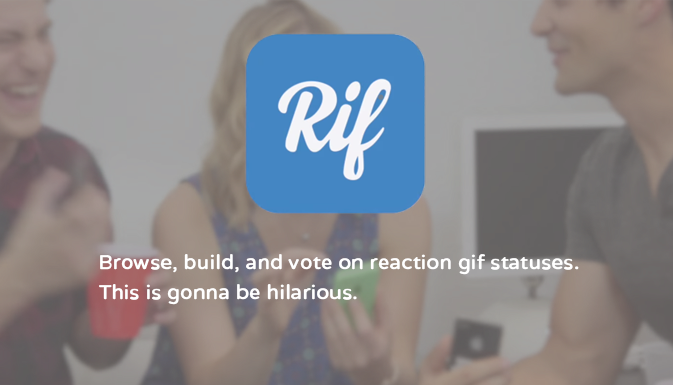 Sometimes we all feel like sending a bright interesting message to a friend in a chat, instead of a dull and dry text. Not every smartphone can process videos without hold-ups and images do not always show the whole range of an emotion that you want to share.

When this happens, you at once think of funny GIF-animated images, which would make any messenger app much more fun to use.

Whereas just a small number of IM services do offer a poor range of GIFs, the Rif app has already been proving its users with a tremendous base of these animated pictures. 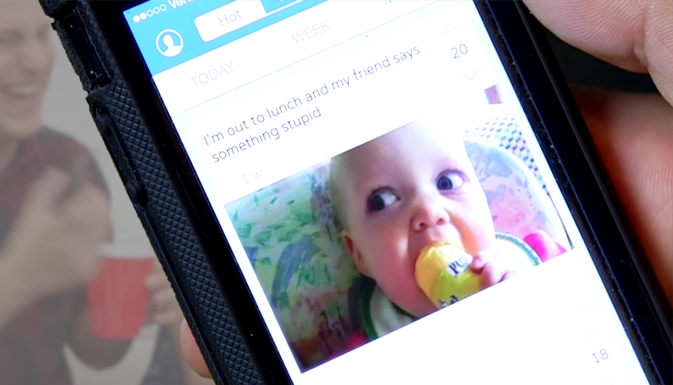 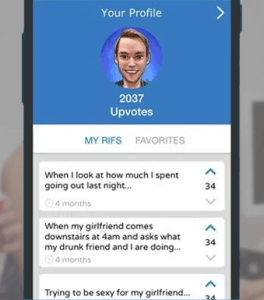 ● The app was developed by Marcus Triest and released by a Texas-based Rif Mobile, LLC in February 2015.
● Rif is not very much popular yet: it has got only around 500 downloads from the Google Play Store.
● A strong point of the service: a large base of animated images where captions are shown in the form of a feed (like in Twitter). You can share GIFs in social networks like Twitter, Facebook and in apps like Skype, Viber, Telegram and WhatsApp; via Bluetooth and Wi-Fi, SMS (a GIF file will not open and all a user will see will be a caption), etc. Rif does not allow sending text messages or making calls.
● The app supports animated statuses.
● The app has all GIFs sorted by filters, so a user will have no trouble finding what he wants.
● A user can see the history of GIF statuses: both in his account and in accounts of his friends. 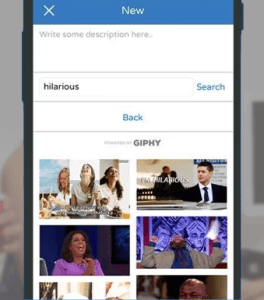 ● If someone feels that the GIFs in the app’s base are not enough (an image with a caption), they can create their own GIF (put their own caption above an image) – in this case, you can draw an image from the app’s base or get it online.
● Users are free to Like any image, which is then added to Favorites.
● The service is available only in English.
● It doesn’t cost any money to download Rif.
● The software needs you to free 5-7 MB of storage space, depending on your smartphone’s operating system (it can be installed only on Android and iOS devices).
● Users can set profile pictures to personalize their accounts.

● The app’s official website at http://www.joinrif.com/ has a downloadable weekly selection of the app’s hottest GIFs, courtesy of Rif engineers.